Do you know what Laser Eyes are, its origin, and the Bitcoin relationship? 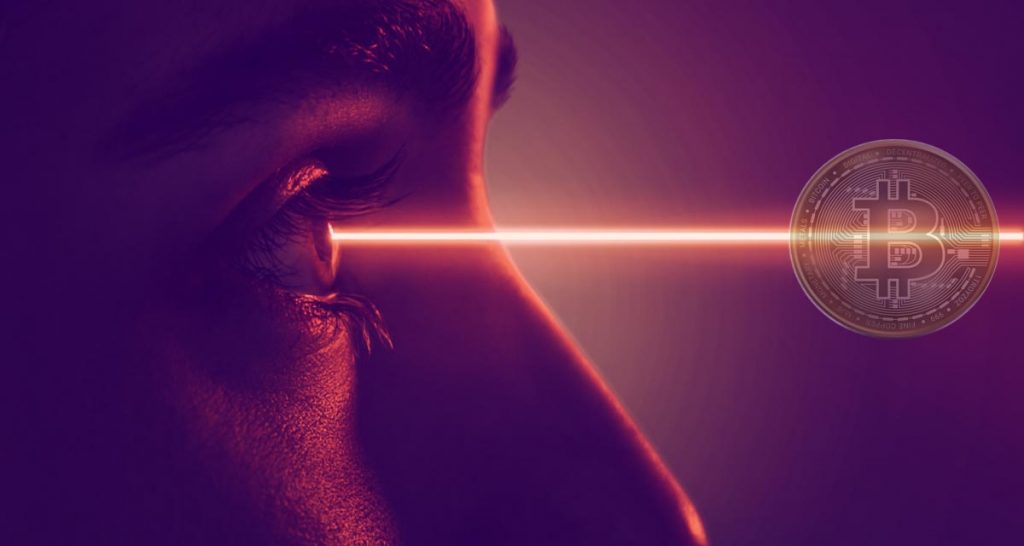 The Laser Eyes joke was delivered through audiovisual means and disseminated on the most extensive network; a meme has a broad reach and should not be underestimated. In this article, we will show you its meaning, its origin, and its relationship with Bitcoin.

So far this year, we’ve witnessed a spike in the number of photographs of people with laser eyes on social media, with the hashtag #LaserRayUntil100k (mainly on Twitter).

They have Bitcoin-related characters and renowned celebrities, businesspeople, politicians, and athletes, among others.

Although many know that laser eyes have something to do with Bitcoin, few know the origin of all this.

Along with the photographs with laser eyes, the hashtag #LaserRayUntil100k also emerged, which refers to having your vision focused on the price of bitcoin until it reaches US$100,000.

The digital asset was explicitly created to function through the global network that links information and computers.

Thanks to this tool that we know as the internet, nowadays, a fad spreads at the speed of light, and a meme can make something or someone famous very quickly or destroy a global reputation.

The grace that a meme generates provokes wanting to share it so that others can also enjoy it. Thanks to social networks, this is simple and immediate.

Bitcoin is defended from the memes that attack it

A meme is a piece of cultural information that can be passed from one person to another. With the coming of the internet, a light and a funny tone were added.

A joke was delivered through audiovisual means and disseminated on the most extensive network; a meme has a broad reach and should not be underestimated.

Chairforce, on Twitter,  was the one who came up with the idea of laser eyes to have a meme with which to show sympathy with the digital asset. On his Twitter, he describes himself as the founder of #LaserRayUntil100k.

However, it was not he who first published the hashtag but GregZaj, the marketing director of the Strike app, on February 16 of this year.

Chairforce is a self-appointed Bitcoin Meme Army member created to protect Bitcoin from meme attacks, considering how powerful they are.

However, something that started with a meme has managed to have a significant impact and has created an express union between bitcoiners.

It is easier to identify with the movement and also to express sympathy. As mentioned by Guillermo Torrealba, CEO of the exchange Buda.com in a recent newsletter :

Laser Eyes started as a joke, like almost everything that happens on the Internet, and it proliferated until it was much more than a joke. Today it is one of the most visual references of the Bitcoin movement and one that is being joined by some pretty cool personalities. It became a playful and very graphic way of manifesting conviction for Bitcoin.

The list of characters with laser eyes is long and continues to grow. People involved in the cryptocurrency space are all the rage, and some take it very seriously.

As the entrepreneur Michael Saylor, CEO of MicroStrategy, who, changing his Twitter profile photo to laser eyes, commented: “Laser eyes proclaim a technology to guarantee the human rights of life, liberty, and property.

Laser eyes channel action even when protecting from diluting distraction. The laser eyes signal the intention to make Bitcoin an instrument of economic empowerment.

The list is joined by more famous businessmen like Elon Musk, Meltem Demirors, Samson Mow; athletes like Tom Brady; politicians (many, to this day) such as United States Congressman Warren Davison, Senator Cynthia Lummis; Latino legislators are not far behind like Senators Eduardo Murat Hinojosa and Indira Kempis Martínez of Mexico; Deputies Fabio Osterman and Gilson Marques from Brazil, also Deputy Francisco Sánchez from Argentina; and many celebrities, singers, actors, and more.

Even the president of El Salvador Nayib Bukele already has the laser eyes effect after announcing on June 5 that Bitcoin would be adopted as legal tender in his country.

Today memes not only have the power to influence the opinion and humor of millions of people, but now they are also transforming them into NFT, and they are sold at a price up to millions of dollars.

A good example is the dog meme that inspired Dogecoin (DOGE) was recently sold for more than US$4 million, as recently published on CryptoDeFinance.