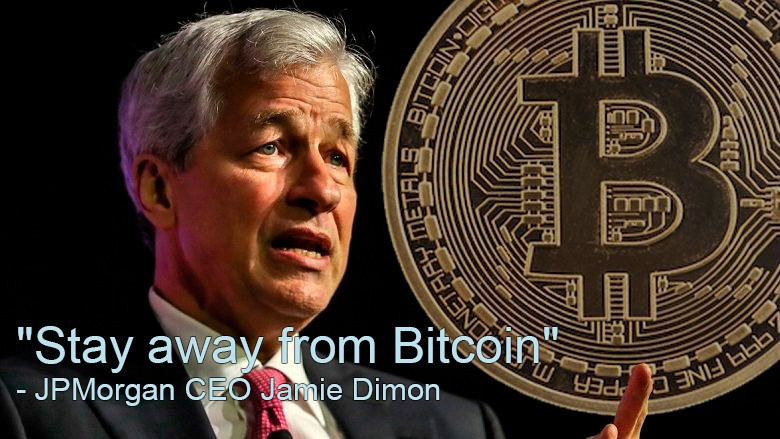 JPMorgan CEO Jamie Dimon said that because digital currency “is not supported by any assets,” “it has no value,” and people should stay away from it.

According to Jamie Dimon, CEO of JPMorgan, from one of the top US banks, people should avoid the cryptocurrency and Bitcoin markets. Even though his organization is entering the digital asset market, he says consumers should avoid it, but it will not prevent their clients from having exposure to the assets.

Jamie Dimon has been one of Bitcoin’s harshest opponents for several years, and his opinion of the cryptocurrency hasn’t altered despite JPMorgan’s entry into the market.

During a virtual hearing held before the House Financial Services Committee of the United States on Thursday, May 27, 2021, he stated that he does not believe individuals should invest in Bitcoin since the digital currency “is not underpinned by any assets.”

Therefore, “it has no value.” “My personal advice to people is to stay away from it,” he said.

“Something that’s not supported by anything I do not believe has much value. My own personal advice to people is to stay away from it,”

Dimon said, as per a BlockCrypto’s report.

Stay away from it, JPMorgan CEO Jamie Dimon said…

Despite his opposition to Bitcoin, he has stated that he will not prevent his clients from investing in cryptocurrencies. He said that if Bitcoin is regulated, JPMorgan will make it easy for its clients to access the cryptocurrency.

“That does not mean the clients don’t want it. This goes back to how you have to run a business. I don’t smoke marijuana, but if you make it nationally legal, I’m not gonna stop our people from banking it,”

Dimon is well-known for his opposition to the cryptocurrency sector and has even referred to Bitcoin as a “scam.” He has continued his short talks on the issue in his most recent utterances.

“I do think the regulators who are a day late and a dollar short should be paying more attention to the future, payment for order flow, high-frequency trading, cryptocurrency, and put a legal, regulatory framework around it.”

JPMorgan is believed to be working on a program that would allow its wealthiest clients to invest in Bitcoin. As a result, the bank will join the ranks of other large US banks such as Citigroup, Morgan Stanley, and Goldman Sachs.

Due to investor demand, some traditional institutions shifted their attitude and accepted Bitcoin and other cryptocurrencies.