John McAfee found dead in a prison in Spain 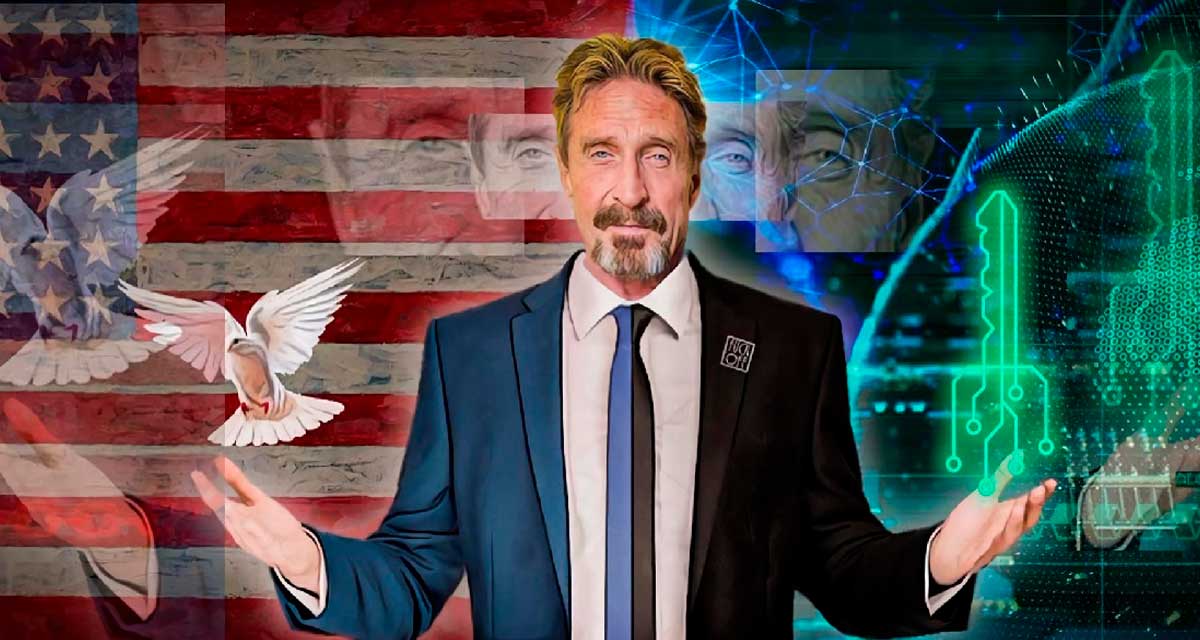 John McAfee found dead in a prison in Spain. He was arrested last October, from alleged tax offenses, at Barcelona’s international airport as he was about to board a flight to Istanbul. The businessman’s wife said that John’s physical and mental health had deteriorated.

The computer specialist John McAfee, was found dead yesterday, June 23rd, in the cell in which he had been in prison for 8 months, in Barcelona, ​​Spain.

According to information provided by the Spanish newspaper, El País, prison officials found McAfee hanging.
The police sources believe that the incident is suicide since there is no apparent evidence of criminality. Even so, the autopsy is awaiting details of the event.

Hours before the discovery, it had been confirmed that the businessman would be extradited to the United States to be tried on charges related to his tax returns between 2016 and 2018.

McAfee, the founder of the antivirus company that bears his surname, had been arrested on October 3rd last year in Barcelona, Spain ​​by order of the US justice. The reason for the arrest was for a millionaire tax evasion related to profits allegedly related to activities with cryptocurrencies.

Other charges also weighed against McAfee that could have led him to serve sentences of up to 20 years in prison, should he be found guilty.

On Wednesday, 23rd, Spain’s highest court had approved McAfee’s extradition to the United States, although the decision could be appealed and the extradition would have had to be approved by the Spanish cabinet.

“The court agrees to grant the extradition of John David McAfee as requested by the American judicial authorities for the crimes referred to in the tax offense indictments for years 2016 to 2018,” read the 16-page ruling.

John McAfee’s wife, Janice, published a letter this Sunday, for Father’s Day, in which she mentioned that “these 8 months that John spent in prison in Spain were especially hard on his health, both physical and mental.”

Several tweets that the businessman wrote named, in different contexts, the idea of ​​suicide, in general, ruling out that possibility.

«I am content in here. I have friends. The food is good. All is well. Know that if I hang myself, a la Epstein, it will be no fault of mine.

wrote McAfee on the aforementioned social network on October 15th, a few days after his arrest.

Almost a year earlier, in June 2019, according to ccn.com, McAfee was already stating that the government was conspiring against him, and he warned the feds that if they didn’t leave him, he’ll drop several bombshells that would reveal mass corruption within the government.

“From friends in the State Department: The DOJ trumped-up charges against me for murder, money laundering, and racketeering…A conspiracy is unfolding. Proof coming.”

“I’ve collected files on corruption in governments. For the first time, I’m naming names and specifics. I’ll begin with a corrupt CIA agent and two Bahamian officials…If I’m arrested or disappear, 31+ terabytes of incriminating data will be released to the press.”

Five Months later, in November 2019, while he was still at large, the McAfee had written in Twitter:

“Getting subtle messages from U.S. officials saying, in effect: “We’re coming for you, McAfee! We’re going to kill yourself”. I got a tattoo today just in case. If I suicide myself, I didn’t. I was whackd. Check my right arm.”

The tweet was accompanied by a photograph with that tattoo, which reads ” $WHACKD.”

READ more:  The critiques of Dogecoin co-founder against cryptocurrencies causes a stir on social media

Conspiracy theorists have already seized on McAfee’s death, editing his Wikipedia page to state that he was murdered. McAfee’s apparent suicide comes after he shared tweets about the poor conditions in prison, stating “there is much sorrow in prison, disguised as hostility”.

There is much sorrow in prison, disguised as hostility. The sorrow is plainly visible even in the most angry faces. I’m old and content with food and a bed but for the young prison is a horror – a reflection of the minds of those who conceived them.

Hours after his death, a post from Keith Edwards, featuring the letter Q was shared to McAfee’s Instagram account. The image is probably a reference to QAnon – the baseless conspiracy theory that there exists a secret world order of satanic pedophiles being battled in secret by Donald Trump.