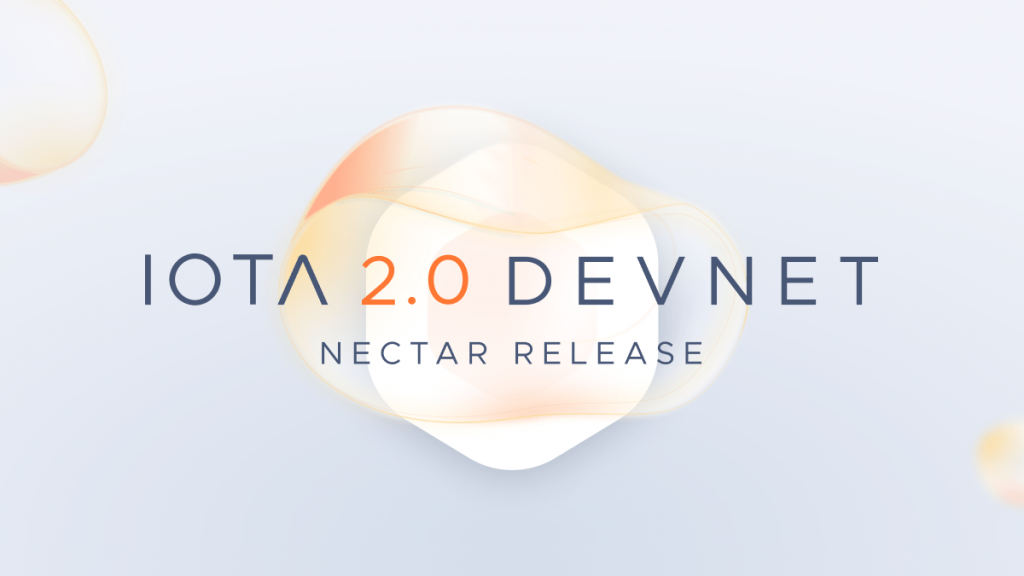 On Wednesday, June 2, the IOTA Foundation took another step towards full decentralization. The Foundation announced the launch of its long-awaited IOTA 2.0 Development Network (DevNet) “Nectar”.

This is basically the research prototype for the first fully “decentralized, no feeling, no permission, and secure” Tangle protocol. After the news broke, the price of native IOTA cryptocurrency skyrocketed to the north. So far, the IOTA is trading about 15% higher, at $1.33, with a market cap of $3.92 billion.

The announcement also notes that the launch of Nectar is a step towards scalable, efficient, sustainable, and secure encryption solutions. Nectar will play a crucial role in preparing for the fully decentralized IOTA 2.0. Dominik Schiener, co-founder and president of the IOTA Foundation said:

“IOTA 2.0 DevNet ‘Nectar’ marks a major milestone on IOTA’s trajectory towards full decentralization,” said Dominik Schiener, Co-Founder and Chairman of the IOTA Foundation. “I cannot understate the importance of this release: Nectar is the living proof that you can have feeless, scalable, secure, resource-efficient and fully decentralized DLT. It’s a game-changer. Now that we are releasing it to the public, we are excited to see how it performs. The feedback on the DevNet’s capabilities and use cases will be essential as we continue preparing for the final Coordicide update.”

The introduction of full decentralization by IOTA 2.0 DevNet expands the capabilities of the IOTA protocol. The announcement indicates that new messages entering IOTA Tange’s internal data structure should not be protected by central authorities such as the Coordinator.

Instead, the IOTA Foundation brings an elegant new system of cooperation from us and non-monetary rewards. This system encourages individual nodes to evaluate transactions with confidence.

However, IOTA 2.0 DevNet will rely on network consensus validation. Thus, it rewards honest nodes with an alternate “Mana” token, and nodes can continue to acquire them with honest behavior. These nodes evaluate new message entries in Tangle.

In return, they receive rewards in “Mana” tokens for processing transactions that bring a good reputation. This in turn creates a virtuous cycle of validation of node consensus and reputation.

IOTA 2.0 DevNet also supports a modular architecture. This means that developers will be able to implement future updates and bug fixes to specific modules. Serguei Popov, Ph.D., co-founder, and member of the Board of Directors of the IOTA Foundation said:

“Everything IOTA does rest on bold ideas backed by rigorous research. IOTA 2.0 DevNet’s consensus protocol is one particular development that fills us with pride,” added Serguei Popov, Ph.D., Co-Founder, and member of the Board of Directors of the IOTA Foundation. “We have developed a mathematically elegant, resource-efficient, and secure DLT solution that will eventually render the Coordinator obsolete and make the IOTA Mainnet fully decentralized while keeping it feeless – an industry first.”

As per the IOTA 2.0 Team, the IOTA 2.0 Development Network (DevNet) is the first fully decentralized, scalable, and feeless IOTA network, as was envisioned at the inception of the project in 2015, in short, total freedom as there are:

Some highlights from the Nectar upgrade include: