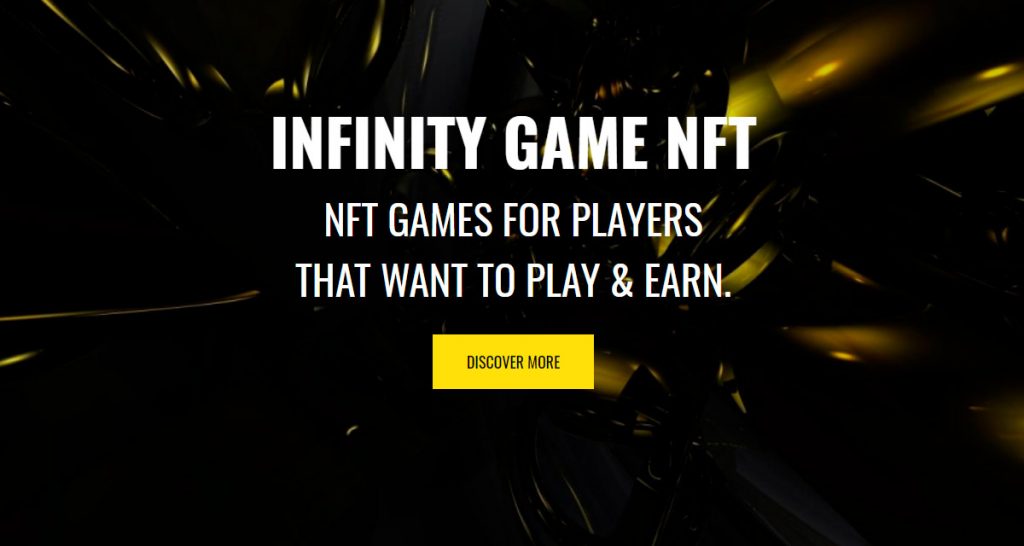 Infinity Game NFT is a platform to solve the problem of fragmentation within the NFT gaming world.

Disclaimer: The text below is a press release that was not written by CryptoDeFinance.com. – Published by Infinity Games NFT.

November 23rd, 2021, Brasil – Infinity Game was created to become the biggest platform for blockchain-based online gaming with the use of a single governance token in all these games, thus making it possible to attract users in a single location of different ages, sex, and nationalities.

Users on the platform may have a limitless amount of fun while also profiting from their Non-Fungible Tokens (NFTs).

The creators of Infinity Game have a vision of creating a digital universe with many types of games.

The team is always working on new games while also improving the functionality of existing games. Doing so ensures that they deliver as many games as possible without lowering their quality.

Their goal is to ensure that Infinity Game becomes one of the most significant NFT-based gaming communities globally. It will feature several types of games with mixed styles, ensuring there is something for everyone’s tastes.

As the community grows, so will the use cases for the IGN tokens. Consequently, their value will soar, bringing profitability for their holders.

The games that are already deployed and ready to be played

Thus far, the team has released two games, which will be part of the metaverse. These are:

It is built as a soccer game where users can play holding three players to assemble a team. Players can take part in up to 8 games a day. There are gold and silver players to value those who invest the most and increase each NFT.

It is designed as a play-to-earn RPG game. Players assume the role of a Thief, and they have to fulfill daily missions while interacting with other players in “The City,” a virtual world where all assignments take place.

There is a maximum of 8 daily missions with an approximate Return on investment of 20 days.

The token for this platform is the Infinity Game NFT Token (IGN). It is a BEP20 token on the Binance Smart Chain with a maximum supply of 493 million tokens with 18 decimals.

There will be a token strategically to get a total supply of 300 million IGN.

Infinity Game NFT is already listed on CoinMarketCap and CoinGecko.

Press Releases
Share. Facebook Twitter Pinterest LinkedIn Tumblr Email
Previous ArticleDo you want to know what is the Metaverse and what its future is?
Next Article Citibank is looking for 100 new staff for its new bitcoin division.