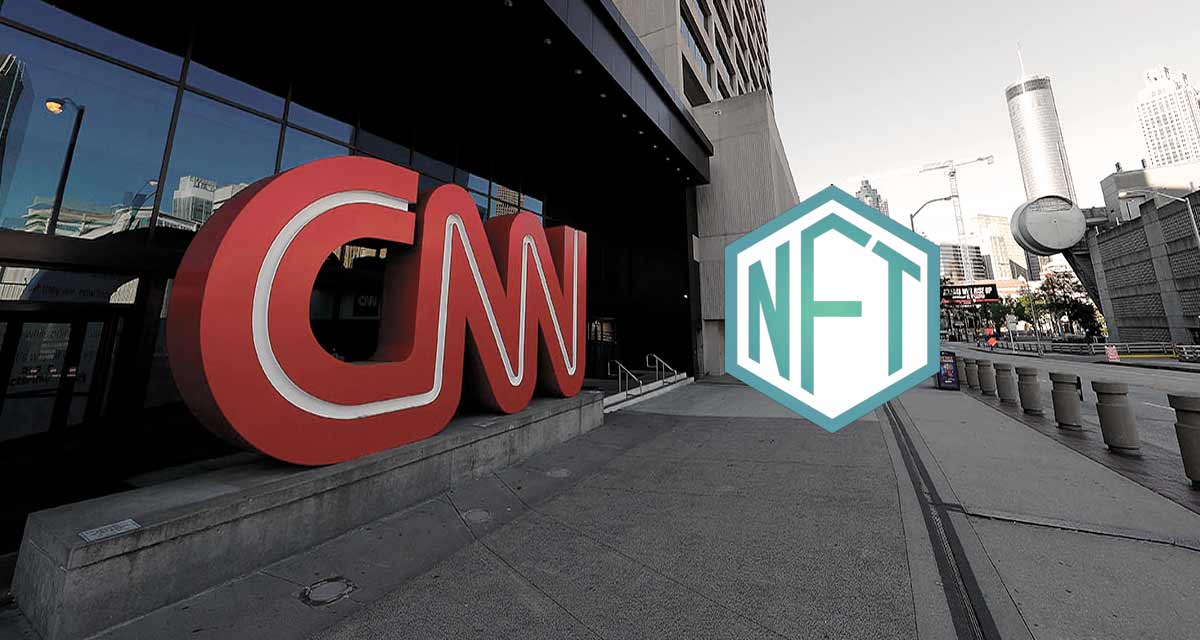 The Historical Moments from the CNN NFT collection will collect the most important news in the 41-year history of the channel and these collectibles will be sold on a marketplace specially developed for the US TV Channel.

The subscription television news channel, CNN, will launch in late June 2021 “Vault by CNN: Moments That Changed Us“, a collection of non-fungible tokens (NFTs) minted on the Flow blockchain.

The information was released through a press release on June 16. The note explains that this NFT collection will collect the 41-year history of the channel that was founded in the United States in 1980.

Offerings will include key historical moments organized around specific topics, including CNN exclusives firsts, world history, and the presidential election. Users can expect future “Moments” drops to include an even broader range of digital collectible themes and formats as Vault by CNN grows and adapts to its community of collectors.

According to the press release, the highest bidder for each “Moment” will be the owner of the digital copy for collectible purposes. Although they do not mention it explicitly, this suggests that the sales will be made through auctions.

Winners will be able to display their “Moments” on their user page at vault.com. Some limited edition NFTs will include a video depicting a ‘display case with a physical image of the’ Moment ‘.

Unlike most NFT collections, tokens in the Vault by CNN collection can be purchased with fiat money. Potential buyers must open an account with a digital wallet called Blocto and can then pay for the NFTs with credit cards through Stripe, a third-party payment service provider.

CNN clarifies through this document what an NFT is, and describes it as “a unique piece of digital content.” Meaning that non-fungible tokens are digital assets or tokenized versions of the real world that have the particularity of not being interchangeable with each other and can function as proof of authenticity and ownership within the digital world.

The launch will include six weekly moments of Moments. Source: CNN .

CNN’s NFT collection is one of many recent attempts by well-known companies in the communications sector including Time magazine to enter the non-fungible token market.

The first general weekly information channel of the United States announced the launch of three tokens, one of which touches on the topic of the “death” of national currencies.

Time reported that the NFTs alluded to “incredibly prophetic” covers, including one of the most iconic covers in the magazine’s 98-year history, and another created exclusively as a token for this occasion. The tokens would be auctioned on the Ethereum-based platform, SuperRare.

Flow is a fast, decentralized, and developer-friendly blockchain, designed as the foundation for a new generation of games, apps, and the digital assets that power them. It is based on a unique, multi-role architecture, and designed to scale without sharding, allowing for massive improvements in speed and throughput while preserving a developer-friendly, ACID-compliant environment.

READ more:  Do you know the meaning of Laser Eyes, the relationship with bitcoin, and its origin?

Vault by CNN will house a select set of digital collectibles, or ‘Moments’, from CNN’s television archives, mint them as NFTs using blockchain technology, and sell them at vault.cnn.com. CNN will alsop experiment with a variety of selling formats including both open editions and limited editions.

NFTs enable a new way to own digital content. While most of the content that CNN releases as NFTs is available for anyone to view on CNN.com, NFTs introduce scarcity through a system that allows ownership through tokens that are unique and can be tracked to verify authenticity.

Blocto is an incredibly well-designed and user-friendly crypto wallet. This new generation will put their main focus on accessibility and user experience, reducing the entry barrier for new users.

With Blocto, you will be able to use DAPP’s within the app, purchase and utilize thousands of different crypto assets with a unified interface, start using blockchain applications within a minute, without any prior knowledge of blockchain, and will try to reduce the fees on the blockchain by introducing Blocto points which.

[…] Discovery is a resource used by major financial firms around the world that uses advanced blockchain analytics to assess the risks of cryptocurrency exchanges at scale. It also contains a complete […]