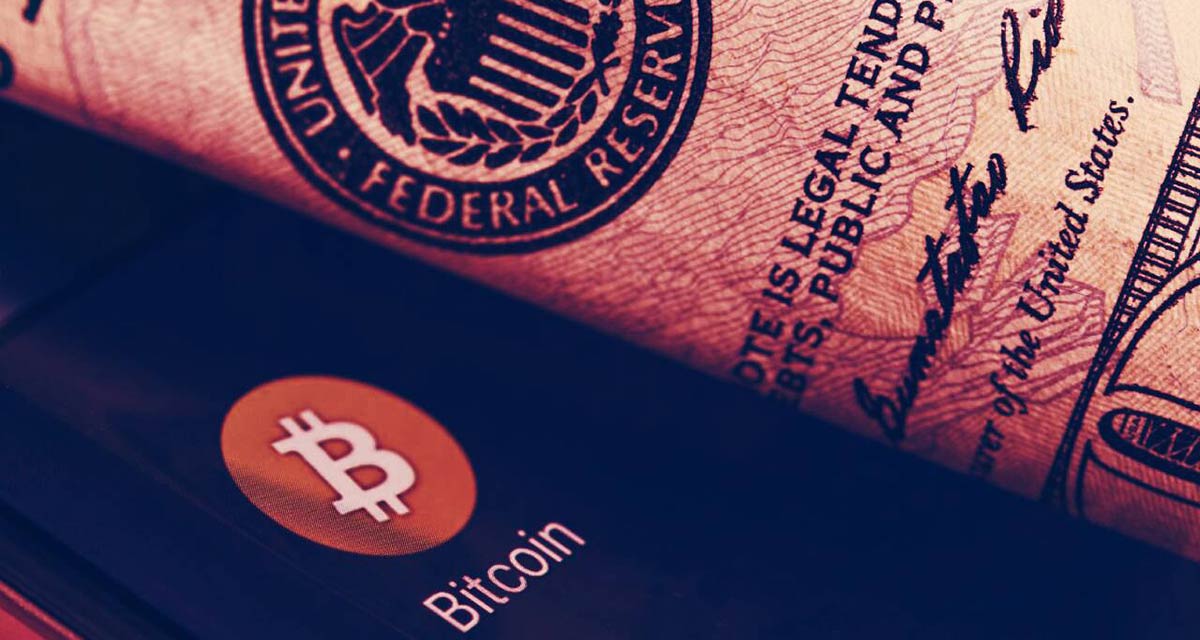 MicroStrategy placed bonds for 500 million dollars to invest in bitcoin and it seems that the Federal Reserve has a stake in an exchange-traded fund that owns company bonds.

The United States Federal Reserve, the Fed, would have an indirect stake in the seven-year bonds issued by MicroStrategy and the proceeds of which will be used by the company to invest in bitcoin (BTC). The central bank would be the fourth-largest owner of an exchange-traded fund or ETF that holds 1% of its portfolio in such bonds.

At the end of March last year, and as an emergency measure after the COVID-19 pandemic, the bank injected capital into the SPDR Bloomberg Barclays High Yield Bond. The measure was part of a strategy to reactivate markets in the face of the looming crisis and the freezing of credit markets, according to a report released by Bloomberg.

Now, this fund, identified with the JNK ticker, is one of the owners of the debt securities that MicroStrategy issued last Tuesday to buy bitcoin. In other words, the Fed, if it continued to hold the ETF, would have contributed “unintentionally” with the investments that the business intelligence company has executed with the main cryptocurrency since last year.

READ more:  With the arrival of Taproot, will network fees go down in Bitcoin?

“It’s a pretty small amount, but to be honest, I’m surprised to see him there so soon. Fixed income portfolio managers have a bit of discretion over which bonds they can hold in their portfolio, so they might be adding a small portion before possible index inclusion,” explained Athanasios Psarofagis, ETF analyst for Bloomberg Intelligence.

The fact draws attention and borders on the ironic since the Federal Reserve has been one of the most skeptical bodies about bitcoin. In June of last year, a group of bank economists assured that BTC was not a new type of money, but that it was any other fiat money.

Fed Chairman Jerome Powell stressed in March this year that bitcoin was not a candidate to replace the dollar as a store of value currency. For the executive, bitcoin has the potential to become a substitute for gold and not for the US currency.

According to the report, the Fed would also have a stake in the iShares Broad USD High Yield Corporate Bond, another ETF that owns debt securities issued by MicroStrategy. This policy of printing money to inject into the markets is one of the reasons that would be driving the price of cryptocurrencies, a fact recognized by Powell himself.

MicroStrategy is one of the largest companies that has invested in bitcoin. The company has used its own resources and debt issues to buy more BTC, something that is attracting increased media attention. According to the records of Bitcoin Treasuries, the organization maintains in its treasury more than 92,000 bitcoins.