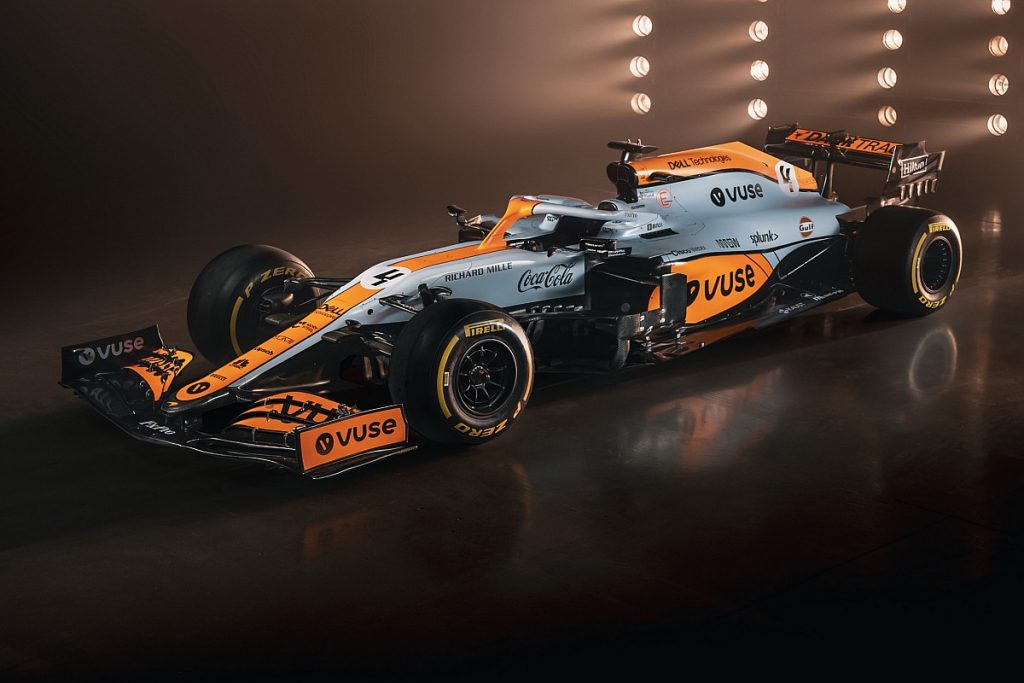 F1 McLaren Team partnered with Tezos to launch its own NFT’s on that Network.  The Tezos brand will be on the pilots’ uniforms. It was considered because of Tezos blockchain energy efficiency key.

McLaren, one of the most important teams in motorsports competition, Formula 1, announced this Thursday, June 15, its partnership with Tezos to launch collectibles in non-fungible token (NFT) format.

In a  statement the British team indicated that the objective is to launch “the most illustrious races and the most exciting driver lineups ” such as NFT, to offer an engaging experience to motorsport fans.

Tezos and McLaren Racing uniting to create a unique fan-focused NFT platform is an innovative step in an exciting and rapidly developing industry. At McLaren, we are known for putting fans at the heart of everything we do, and this is another partnership which allows us to enter a space where fans can own key pieces of our team. We are looking forward to launching the platform with Tezos to create bespoke NFTs with our Formula 1, INDYCAR, and esports teams.

The team considers a key point in the partnership with Tezos, which operates under a Proof-of-Stake system. The Tezos network does not depend on the power of a massive computer. Its electricity demand is significantly lower than blockchains that employ proof of work (PoW), but its decentralization and security is also lower.

In that sense, they ensure that the characteristics described above allow Tezos to operate in a “clean way, with minimal energy consumption and a negligible carbon footprint”, at the same time, the F1 team compares Tezos, specifically, with the network of Bitcoin and Ethereum, which use PoW.

McLaren’s play with the NFTs is not new, since  several cars  of the team exist as tokens thanks to the NFT game in Ethereum F1 Delta Time.

Besides the partnership with Tezos, earlier this year McLaren announced a deal with Turkish cryptocurrency exchange Bitci.com for fan tokens, which are not unique, unlike NFTs.

Another F1 team is also an ally of Tezos

Another Formula 1 team that brought motorsports to the NFTs was Red Bull Racing Honda, with Tezos itself. Team tokens can include collectibles as diverse as cards, images, videos, or even sound files.

Tezos is an open-source blockchain for assets and applications that continuously evolves through efficient on-chain governance and upgrades. For Tezos and McLaren, sustainability through innovation goes hand in hand – embracing clean NFTs and energy-efficient networks ensure that the impact of this new medium to share creative expression is not offset by unnecessarily high energy consumption.

Unlike traditional Proof of Work blockchains, Tezos’ pioneering Proof of Stake mechanism is a significantly more energy-efficient approach to securing its network using two million times less energy than Proof of Work networks like Bitcoin and Ethereum. This allows Tezos to operate cleanly, with minimal energy consumption and a negligible carbon footprint.

As part of the partnership, Tezos branding will be represented across the McLaren Formula 1 team and Arrow McLaren SP team including on the race suits of McLaren F1 drivers; Lando Norris and Daniel Riccardo; and AMSP drivers; Pato O’Ward and Felix Rosenqvist.

“McLaren Racing has one of the longest and most illustrious legacies in racing, and we are excited that they have chosen to bring it to the Tezos blockchain through their NFT Fan engagement platform,”

What do you think about the partnership of the McLaren F1 Team with Tezos along with other F1 Teams? Will you be into their NFT’s or another F1 team?!
Tell us in the comments below, and if you like the article, please share.