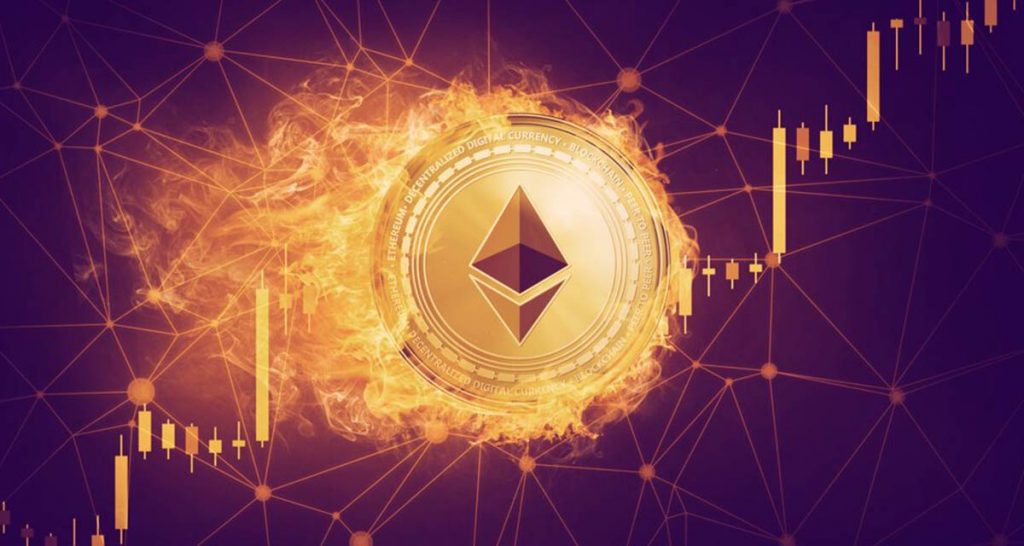 Even with second-tier solutions like Arbitrum, and a brief downturn in the blockchain gaming industry, Ethereum’s fees remain high after the EIP-1559 Update. Ethereum burns US$1 Billion.

In just six weeks after the hard fork upgrade of the Ethereum network dubbed “London,” more than $1 billion worth of Ether (ETH) has already been burned.

Almost 300,000 ETH have already been permanently removed from circulation to cover basic transaction fees. A mechanism was introduced to bring a series of benefits to the second-largest cryptocurrency on the market, such as lower administrative costs and price appreciation.

According to the blockchain monitoring site etherchain.org, 298,097 Ethers have been burned and permanently removed from circulation since the update was implemented on August 5th.

The hard fork “London,” a complex update implemented on the blockchain nodes, activated five proposals for improvements in the Ethereum leading network.

EIP-1559 was the leading and most important of these, which introduced the burning of native cryptocurrency to cover part of the transaction fees, which were expensive and volatile.

In addition, the feature is also designed to give the network the ability to process more transactions.

Now, six weeks after the update, the network is starting to reap the benefits of London. Although transaction rates are approaching their all-time high, price volatility has eased.

His value is defined by how much users are willing to pay.

Two types of charges combine to create the total Ethereum transaction fee amount. The first is called the “base rate,” which is the mandatory price a user must pay for their transaction to be added to a block.

The second is the so-called “priority rate,” or “tip,” it is discretionary and can be included to encourage miners to prioritize the transaction.

The update implemented an increase or decrease in the base rate of 12.5% ​​per block, depending on the level of demand in the previous block.

After the hard fork, miners still receive the priority rate; however, all Ether used to pay the base fee is now “burned out” and permanently removed from the network.

Naturally, the removal of digital coins from circulation increases the asset’s scarcity, something that has not gone unnoticed by investors.

As such, Ether is already experiencing a steady price increase, currently at around $3,500 and possibly heading back to its historic high of over $4,000.

The flare mechanism is yet to eliminate around 2.56 million ETH over a year. Otherwise, the amount would be inflating the cryptocurrency supply.

At current prices, this amount of Ether is equivalent to US$8.89 billion, almost 2.2% of the asset’s total market value.

The accelerated burning of ETH is also a result of the high demand for transactions within the Ethereum network, mainly generated by the growing market of non-fungible tokens (NFTs).

Only the OpenSea marketplace was responsible for removing 42,072 ethers from circulation to date.