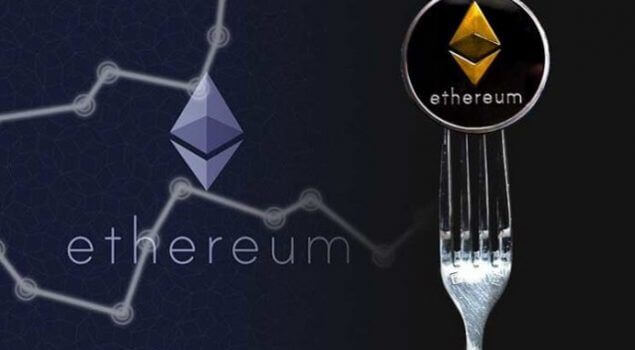 The Ethereum team was able to announce a successful update of its blockchain. The Berlin Hard fork is now live on Mainnet.

The Berlin update of the world’s second-largest blockchain went live on the Ethereum mainnet at block 12.244.000. “Berlin” follows the updates “Istanbul” and “Muir Glacier” that took place at the end of 2019.

You can watch the Berlin Hardfork live on Youtube hosted by Ethstaker this Thursday, Apr 15, 2021

In the run-up to the start, the ether price had risen to US$2,489 dollars and thus to a new all-time high. The new rally, however, does not seem to result from this upgrade at first.

In the early afternoon of Thursday, the ether price was hovering around US$2,430. This corresponds to an increase of around three percent based on 24 hours.

With “Berlin”, four so-called Ethereum Improvement Proposals (EIP) were implemented as planned. EIPs are submitted, discussed, and ultimately decided or rejected for implementation in the blockchain by the developers or the community.

EIP-2565 went online with the Berlin hard fork, which lowers the gas fee for modular potentiation, also known as the “ModExp” function. EIP-2929, proposed by Ethereum core developers Vitalik Buterin and Martin Swende, on the other hand, increases the cost of state access operations (“opcodes”) and improves the security of the blockchain. EIP-2718 and EIP-2930 have also been implemented. This introduces new types of transactions for the future.

The introduction of the Berlin hard fork was closely monitored by the community and developers and accompanied by Twitter.

After the launch, there was some feedback that indicated technical problems. Ultimately, it seems to have been more of a trip start. The Ethereum network is running.

Well-known restructuring of the fee system comes with “London”.

Obviously, a number of users had expected that the level of transaction fees would decrease with the Berlin update and were disappointed by the realization that this is not the case. In fact, Berlin only lowers transaction costs in very specific cases.

Transaction costs will only decrease across the board with the implementation of EIP-1559. The implementation of the EIP-1559 is considered to be the largest and most influential update of the blockchain in recent years. It aims to make the Ethereum network cheaper and faster by completely restructuring the transaction fees.

The introduction of the Berlin hard fork was closely monitored by the community and developers and accompanied by Twitter.

What do you think about this hard fork and the Ethereum gas fees overall?
Tell us in the comments and if you like this article, please share.