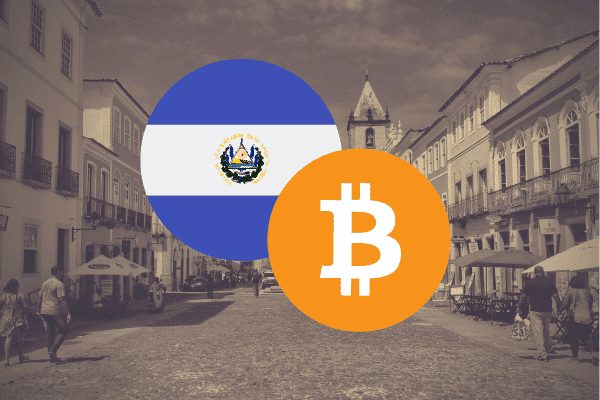 El Salvador wants bitcoin and could be the first to put digital currency in its reserve. The plan is to include people in the economy, with a high number of unbanked people in the area. Jack Mallers Twitter account has been suspended 24h after.

According to the president of El Salvador, the territory wants to fully adhere to Bitcoin, sending a bill to Congress next week.

The information was disclosed by Jack Mallers, founder of Strike, during the Bitcoin 2021 event, which takes place in Miami, United States. Before his presentation, Jack had been a mystery, informing him that this is a small step in Bitcoin history, but a big one in human history.

“Today, the world changes for the better. Today, humanity leaps forward by instilling human freedom, financial inclusion, and more. I’ll leave it that way for now. See you soon. #Bitcoin”

Bitcoin as a currency is the subject of a lecture at the Bitcoin 2021 event, and a revelation on El Salvador’s policies

Known in the Bitcoin community, Jack Mallers has made several efforts to showcase the digital currency in the world. Last week, for example, he helped sponsor the Bitcoin Car, which competed in the Indianapolis 500 miles for the first time.

But while attending the Bitcoin 2021 event, Jack talked about the use of currency in countries. According to him, inflation has been out of control, affecting people’s purchasing power.

One of the examples mentioned by him was the purchase of a house, which, with the current inflation, is impossible to be done by an average worker.

“I want to have a family someday. I want this family to have a house that I own, that is my property… Unless I’m getting a 10% raise every year, I’m not getting a chance to own a house.”

For the expert, as Bitcoin is known for its inflation, it can be a solution for people to use a fair system. Thus, Jack went to live in El Salvador for three months, where he got to know the local reality.

In the country, there is no currency issued by the authority, that is, the Dollar ends up being the currency in common use. In addition, cash is a local reality, which is at least 70% of the population unbanked.

With Strike, Jack started to register the population and teach the use of Bitcoin, mainly with the Lightning Network. Seeing the move, the president of El Salvador asked Mallers to write a plan for the country to accept Bitcoin as its currency, in addition to buying an amount for a store of value.

Nayib Bukele, president of El Salvador, appeared in a video, stating that next week he will send Congress a letter, urging the use of Bitcoin as legal tender.

If everything goes as advertised, El Salvador will be the first country to adopt Bitcoin as its common currency. As national currencies are not issued there, this can be an important currency for the population to enter the financial system of the so-called digital economy.

In the country, a city ​​already adopts Bitcoin as its official currency, saving the local economy and being considered an important currency for the population.

In this way, El Salvador will be the first country in Central America to legitimize Bitcoin, which is a promising movement for the region.

Not even 24h passed after Jack Mallers tweeted about wanting Bitcoin as a store of value, Twitter suspended his account, confirmed by his Mother in a tweet.

Peter McCormack even tweeted about this issue and many other comments followed criticizing Twitter and even Jack Dorsey, CEO of Twitter.