According to US Billionaire, doing DCA with Bitcoin is highly encouraged 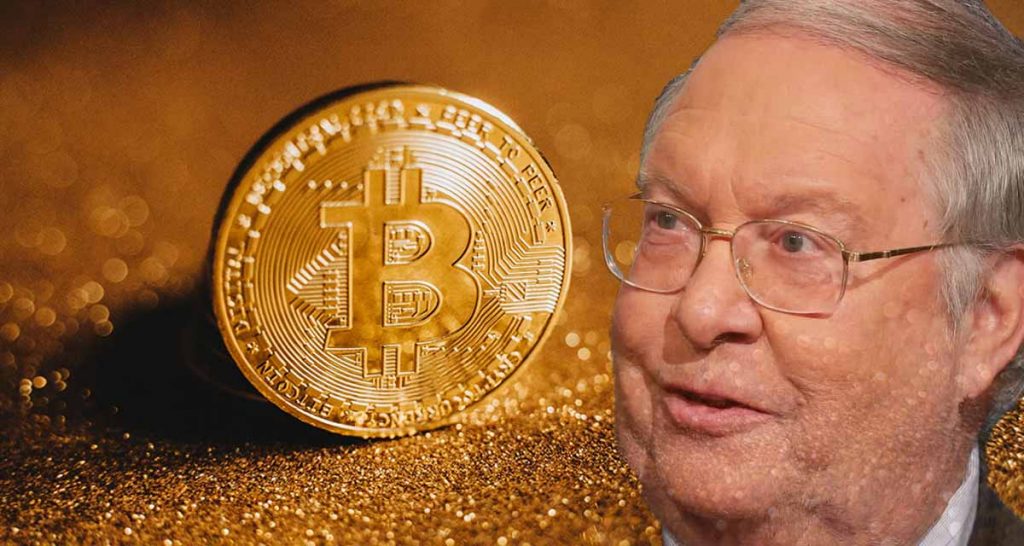 Bill Miller, the founder of Miller Value Partners, has said that Bitcoin accounts for 50% of his assets. He suggests doing DCA with Bitcoin, which may be applied to any investment as a strategy.

In a recent interview, a billionaire US investor, Bill Miller, stated that 50% of his fortune is allocated to Bitcoin (BTC). Furthermore, he recommended that others give this asset 1% of their wealth.

Between the 1990s and early 2000s, Miller was well-known for his outstanding performance. However, his stock had dropped by 90 percent by the end of that decade.

Despite this, the investor stayed in the market and became a billionaire thanks to two investments: Amazon and Bitcoin.

The Billionaire recommends monthly contributions, called DCA, which can be made into any investment as a strategy. But when asked about a long-term indication, his answer was ready: Bitcoin.

Investments in Amazon and Bitcoin

Bill Miller had already said that he is one of Amazon’s largest shareholders, second only to its founder, Jeff Bezos, and his former wife, MacKenzie. Since its 2008 low, this stock has appreciated 8,900%, from $34 to $3,126 today.

However, few people know that this mega investor has bought Bitcoin since the currency was priced at $200.00.

But what has caught attention now is that his company, Miller Value Partners, has made a million-dollar equity investment in Coinbase, the largest Bitcoin brokerage in the United States.

According to an acquisition report, Miller bought more than 121,000 shares from the exchange at the cost of nearly $30 million.

When Bitcoin was valued at US$ 55 000 on the market, Bill Miller came out in support of the cryptocurrency.

He believes that Bitcoin does not constitute currency in the traditional sense, as some technology critics have claimed due to its meteoric rise in value on the stock market.

In November of 2020, a prominent investor predicted that significant corporations would become involved with Bitcoin, which turned out to be correct in December of that same year.

At the time, the price of Bitcoin was still about US$ 15 000, and Miller stated that Bitcoin at that price was an excellent investment opportunity.

According to an interview he gave to Business Insider, he revealed that the average cost of converting money into bitcoin was around $500, implying that Miller made a 9000 percent return on his investment which means he is one first-time cryptocurrency investor.

Today, each Bitcoin (BTC) is currently worth approximately USD 44 000, demonstrating that this analyst is on the right track with his predictions about the world’s most valuable cryptocurrency.

Thanks to these investments, Miller became a billionaire. It is worth noting that in 2015 Bitcoin was not yet known by so many people, showing it to be a bold bet for this size.

One of Bill Miller’s tips is to perform DCA – dollar-cost averaging -, that is, to make monthly contributions to a particular asset.

In this way, you can accumulate more participation in down periods and not be left out of up periods.

This investing strategy has grown in popularity for a few primary reasons.

First and foremost, you do not need to study charts to optimize your time and quality output. You may also buy tiny amounts of money, such as $100 every month.

Even though it appears to be a tiny sum that many individuals may readily save, the habit of investing goes beyond money, igniting curiosity about the financial world in which we live.

This technique would have transformed $100 monthly into $85,000 in 5 years with BTC if applied.

When asked about a long-term investment recommendation, Miller promptly replied, “Bitcoin.” As justification, he pointed out that still few people have BTC in their portfolios.

“I have to say Bitcoin. Because very few people own it, if you put 1% of your assets on diversification, you can afford a fall to zero, which I think is improbable but not impossible, then you will lose a maximum of 1%.”

Continuing, Miller questioned which assets have a track record as good as Bitcoin and protect investments from catastrophe.

Furthermore, he stated that BTC could go up ten or even fifty times, so it is an excellent asset to keep in your portfolio.