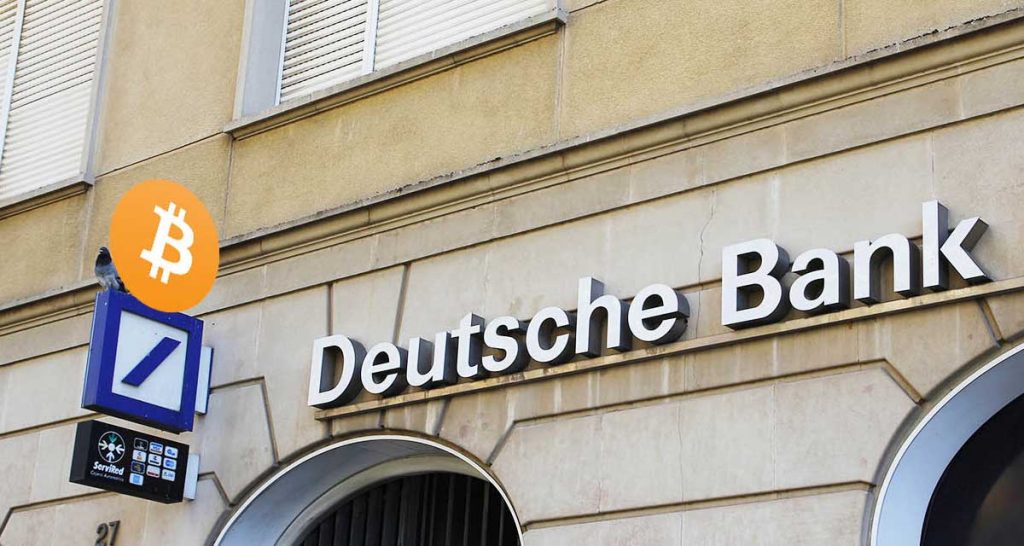 According to a Deutsche Bank Report, Bitcoin‘s growing popularity is troubling governments and central banks and is “too important to ignore”. The last straw was the legalization of cryptocurrency in El Salvador.

The institution claims that several politicians, authorities, bankers, and economists call for market regulation, which is intended to protect investors.

According to a Deutsche Bank report, given its US$1 trillion Market Cap, “makes it too important to ignore. Prominent players who buy and sell bitcoins have considerable market-moving power.

As long as asset managers and companies continue to enter the market, Bitcoin prices could continue to rise”

“Bitcoin, along with other cryptographic assets, has gone beyond the limits of widespread use and can no longer be ignored… As cryptocurrencies begin to seriously compete with conventional and fiduciary currencies, regulators and lawmakers will take action.”, say experts at the German bank.

Deutsche Bank’s report came after the Basel Committee on Banking Supervision launched a public consultation. It proposes that banks create stricter requirements when dealing with Bitcoin and other cryptocurrencies.

Governments will try to prevent cryptocurrencies from competing with fiat currencies

Most G20 countries have cryptographic assets on their agendas. Some nations do not want to allow cryptocurrencies to compete with government-backed fiat currencies.

In terms of regulatory measures, the bank expects 2021 to change the game’s rules, and by 2022, the most advanced economies will have a solid regulatory framework for cryptographic assets.

“Governments around the world have fragmented approaches to regulating Bitcoin and other cryptocurrencies.  Some countries, such as El Salvador, have allowed Bitcoin to become their currency,” the bank says, adding

“… El Salvador’s decision paves the way for other emerging economies to take similar steps. This is especially true for economies that suffer from instability and heavy dependence on the US dollar.”

Why the obsession with regulating something that cannot be regulated?

To try to prevent cryptocurrencies from jeopardizing the economy, authorities’ hold on the monetary system, currency, and monetary policy,

Bitcoin is decentralized and cannot be regulated – the market is, Bitcoin is not. So, no matter what governments and “authorities” decide, Bitcoin will always work the way it was created.

While most of the regulation of cryptocurrencies is still in words rather than deeds, the authorities’ most recent communiqués send a very clear message.

The spearhead will come from the USA under the command of Joe Biden. With the arrival of the Democrats in the White House, US financial authorities are preparing to take a more active role in regulating the market.

The excuse for trying to stifle the market may well be the narrative that cryptocurrencies are used in illicit activities.

“Now ransomware criminals are using many forms of cryptocurrencies.”

In a report of 2020, the bank stated that non-sovereign cryptocurrencies “pose a threat to political and financial stability” as a “real digital payment revolution” has been underway for the past decade.

So, as Bitcoin and other cryptocurrencies begin to seriously compete with government fiat currencies, regulators and lawmakers will take strict action soon.