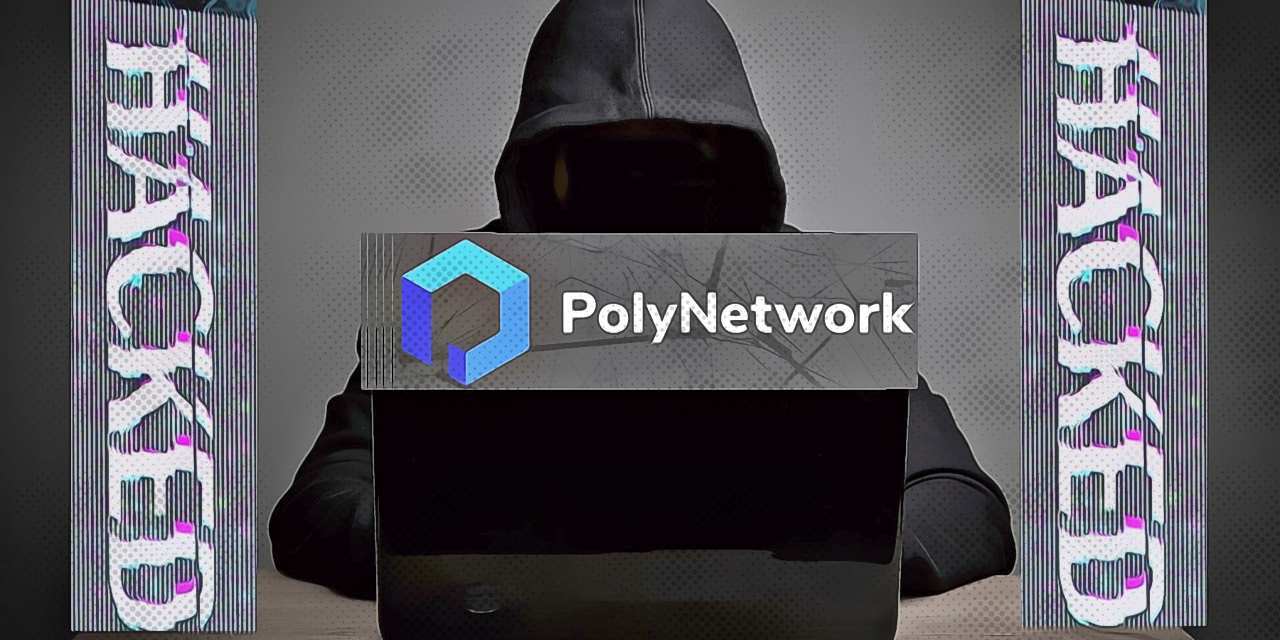 Defi Poly Network Protocol hacked and called on exchanges to “blacklist” the tokens after the attack. Being a protocol that involves several blockchains, the figure could be higher. The US$600 million is one of the worst blows to decentralized finance platforms.

The DeFi protocol for the operation of multiple blockchains, Poly Network, was hacked on Tuesday, August 10th. The attacker or hacker group would have stolen at least US$600 million in cryptocurrencies and tokens, which would be one of the worst blows to decentralized finance platforms.

Poly Network made the event public through a message on Twitter. The organization called on all exchanges and miners to “blacklist” the involved tokens in order to counter the attack.

“Important News: We regret to announce that Poly Network was attacked on Binance Smart Chain (BSC), Ethereum (ETH), and Polygon (MATIC). Assets have been transferred to the following hackers’ addresses:

We call on the miners of the affected blockchains and exchanges to blacklist the tokens that come from the above addresses, “announced Poly Network on the popular social network, mentioning Binance, Huobi, OKex, and Coinbase.

READ more:  CBDC and Cryptocurrencies - Here are some key differences

When adding the funds, it gives a total of 611 million dollars in cryptocurrencies. However, the figure could be higher since Poly Network involves the operation of several blockchains. That is, security analysts could find other vulnerabilities in their investigation.

As a measure to restrict the action of hackers, Paolo Ardonio, Bitfinex and Tether’s (USDT) chief technology officer, announced that US$33 million worth of stablecoin was frozen. This aspect shows the centralized nature of some services and companies that operate in the bitcoin ecosystem.

It is unclear what the hackers’ modus operandi was. However, Igor Igamberdiev of The Block Research said it was a rare crypto problem. No further details were offered about the failure. Poly Network would prepare a post mortem report in the next few days to reveal how the events occurred.

Among the reactions that spread after the hack was that of Binance CEO Changpeng Zhao. The executive stated the following: “We are aware of the Poly Network exploit that occurred today. While no one controls BSC (or ETH), we are coordinating with all of our security partners to proactively assist. There are no guarantees. We will do everything we can.

Hours after reporting the attack on its platform, Poly Network released a message aimed at the hacker or hackers involved. In the statement, DeFi begs the pirates to return the funds, leading the letter with a “dear hacker …”.

“We want to communicate with you and urge you to return the hacked assets. The amount of money you hacked is the largest in DeFi history. The money you stole is from tens of thousands of members of the cryptocurrency community, ”

The decentralized finance protocol highlighted to the hacker that authorities in any country could consider the fact as a great economic crime for which it would be prosecuted.

Platforms for decentralized finance (DeFi) have been questioned in the past for their recurring security problems. Crypto DeFinance has already reported multiple attacks on services of this type that involve tokens on Ethereum or BSC, among others.

Recently, in May, there were two events that captured media attention in the cryptocurrency ecosystem. On the 17th of that month, the case of bEarn, a service on BSC, was reported, from which almost 11 million dollars were stolen.

Two weeks after what happened with bEarn, another case with a DeFi service on the Binance Smart Chain was released. On that occasion, the vulnerability was for the Belt Finance platform from which 6.2 million dollars were stolen.

Hi! I am Ana and I am a crypto enthusiast. Enjoy my articles, share them and don't forget to drop a comment. If you like us and our news, share the posts and comment. Your visit and interaction is very important to us.
Subscribe
Login
2 Comentários
Most Voted
Newest Oldest
Inline Feedbacks
View all comments

[…] Crypto DeFinance reported what happened with the Poly Network, this would be the most relevant attack in the history of DeFi due to the amount […]

[…] At that time, the network was attacked on Binance Smart Chain, Ethereum, and Polygon, as Crypto DeFinance reported. […]