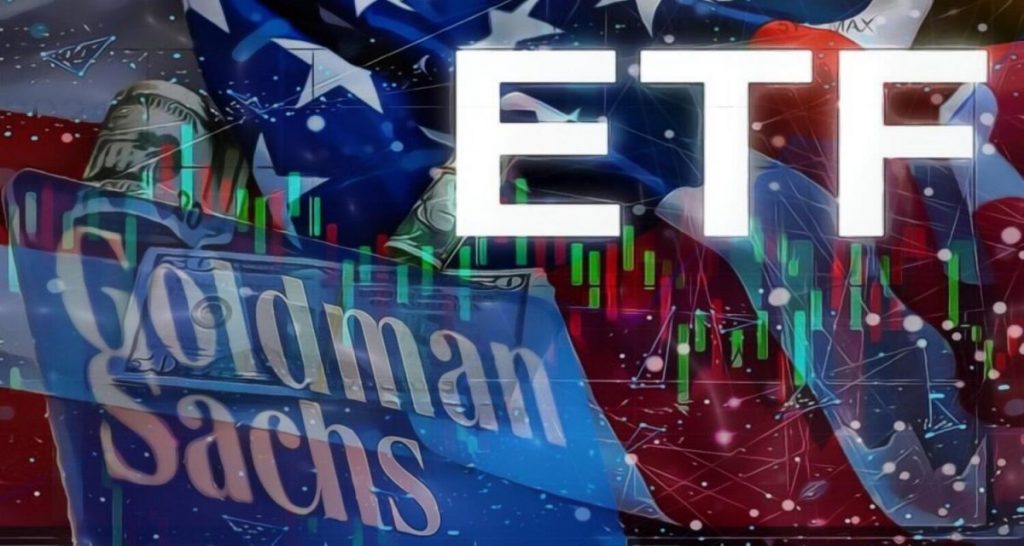 A specialist considers the DeFi ETF by Goldman Sachs “a fraud” and reflects on the meaning of the regulations. Goldman Sachs receives criticism and ridicule for the name it chose for the proposed ETF.

A chapter of the children’s television program “El Chavo del 8” showed the protagonist selling freshwaters. “The one that looks like lemon is from Jamaica, but tastes like tamarind,” said the character when asked about the products offered. The US financial company, Goldman Sachs, does something similar with its new proposal for an ETF apparently specialized in decentralized finance, or DeFi, for its acronym in English.

This potential exchange-traded fund, which has not yet been approved, is called ” Goldman Sachs Innovate DeFi and Blockchain Equity ETF “. According to the description in the prospectus filed with the Securities and Exchange Commission (SEC), the fund will track the performance of Solactive’s Blockchain and Decentralized Finance Index. Although a Solactive spokesperson confirms that it is actually the Blockchain Technology Performance Index.

What financial assets are included in this index? Here’s the funny thing. According to the latest update, yesterday, July 26, the Solactive index included stocks of twenty companies, none of them from the decentralized finance industry or cryptocurrencies.

There are also companies whose mission is the opposite of financial decentralization. Examples include Visa, Paypal, and Mastercard.

The reason for the confusion is that, according to the aforementioned prospectus, “the index is intended to track the price movements of companies that show considerable economic exposure to the blockchain segment.” That is, they are companies that have made some investment in blockchains.

The name of the possible ETF “feels like a fraud”

For Mark Jeffrey, CEO of Guardian Circle, the name of the financial product that Goldman Sachs intends to launch, is far from simple innocent confusion and “feels like a fraud.”

According to some opinions collected by CriptoNoticias, the event could be reminiscent of what happened with the American ice tea producer Long Island Company, whose shares rose 500% in 2017, when they added “blockchain” to the name of their company.

The company received a sanction for this action from the SEC.

Others have been more merciful to Goldman Sachs. For example, journalist Tim Alper speculates that “DeFi could mean something different to the financial giant: that is, digital finance.”

It seems unlikely that this is a mistake, since the investment company is aware of the ecosystem around Bitcoin and Ethereum, to the point that it already offers products related to crypto-assets.

Those who had no mercy were the “cryptotwitters”, who deployed their arsenal of jokes and memes against Goldman Sachs.

If scams like this can be carried out at a regulated entity, what is the meaning of the regulations in the first place?