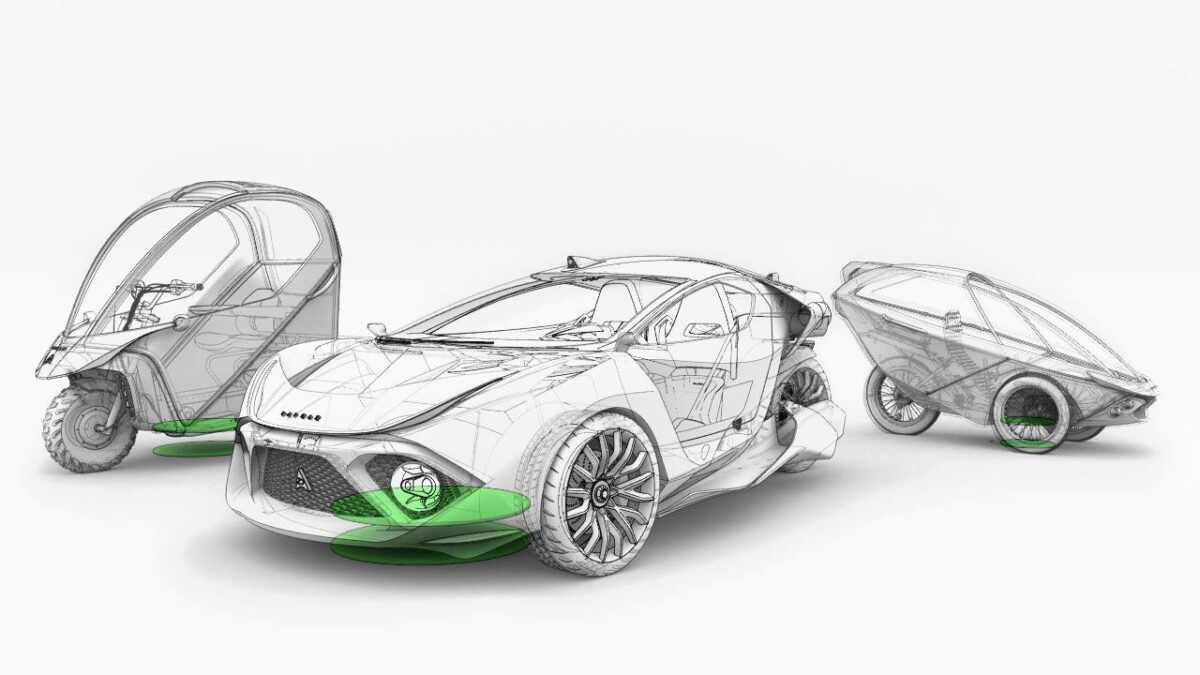 The Daymak Avvenire that seems to be a competitor of Tesla, will accept cryptocurrency and will mine bitcoin while is parked, through an integrated application named Nebula Miner.

If the fact that Tesla no longer accepts Bitcoin as a payment worries fans of the digital currency, learn that now a competitor from Elon Musk’s company is going to launch a car that mines Bitcoin and Dogecoin.

The Daymak Avvenire is an electric car that is in production in Canada by the company Daymak Inc. With a focus on making light vehicles, the company hopes to improve mobility with electric vehicles, such as bicycles, off roads, and cars.

If you have a car and it is stopped in the garage, you are probably losing money. Daymak’s proposal is for its vehicles to make money while they are parked.

Discover the prototype of the first electric vehicle to mine cryptocurrencies, which hits the market in 2023:

While Tesla moves away from Bitcoin because of its mining, competitor mines coins for owners

Anyone who believes in free-market theory loves stories like this. That’s because, Tesla has stopped accepting Bitcoin as a means of payment, claiming that currency mining affects the environment.

That was the key point to hit the price of Bitcoin in May 2021, with a devaluation considered the third largest in its history.

However, a Tesla competitor went after it to serve customers interested in electric vehicles, in an unusual way. According to a press release, Daymak of Canada says its electric cars will now mine Bitcoin while the car is stationary.

“The Spiritus car is for those who want more in life, and we are committed to putting our customers ahead of the curve. We envision a future where your highway tolls, your parking, and your drive thru order will be paid directly on the fly with crypto. Your online bills and your banking can be handled through the same software platform paid in crypto. And whereas most vehicles are depreciating while they sit in your garage, the Nebula Miner will make you money while your Spiritus is parked. The potential applications are limitless,”

As per Daymak CEO Aldo Baiocchi, “while most vehicles are depreciating while parked in your garage” an application included with the car, named Nebula Miner “will make you money while your Spiritus is parked.“.

According to the CEO of Daymak Avvenire, Aldo Baiocchi, even a patent for the new system has been registered by the company.

As Spiritus cars arrive on the market only in 2023, the vehicles will come with an integrated GPU card. According to the company, the chosen video card will be one of the market leaders to increase the car’s profits.

For ease of use, even your own cryptocurrency wallet will be integrated. The company intends to use digital currencies, such as Bitcoin, from the order of the car to the consumption of customers, which in 2023 should be common worldwide.

The pioneering project plans to even accept the financing of its cars with cryptocurrencies, being them already talking to brokers for this.

“We are also working with a variety of brokers to offer leasing payments via cryptocurrencies. This is yet another aspect of “crypto integration” in which Daymak Spiritus is a pioneer, “says the statement.

Buying a car with Bitcoin, Dogecoin, Cardano and Ethereum is now possible

If you thought Daymak was kidding you were totally wrong because the company took the cryptocurrency market seriously. To place orders for the car Bitcoin, Dogecoin, Cardano, Ethereum, among others, will be accepted.

For those interested in purchasing a vehicle, orders can now be placed on the company’s website. It was not clear whether Tesla would like to see its competitor so far ahead.

Bitcoin was trading at a high of over $1,000, and after posting, it continued to climb to around $37,600. The increase in the last 24 hours is 8%. Then Elon Musk Tweets once more giving information that Tesla will accept Bitcoin again

El Salvador wants bitcoin, and could be the first to put digital currency in its reserve. The plan is to include people in the economy, with a high number of unbanked people in the area.