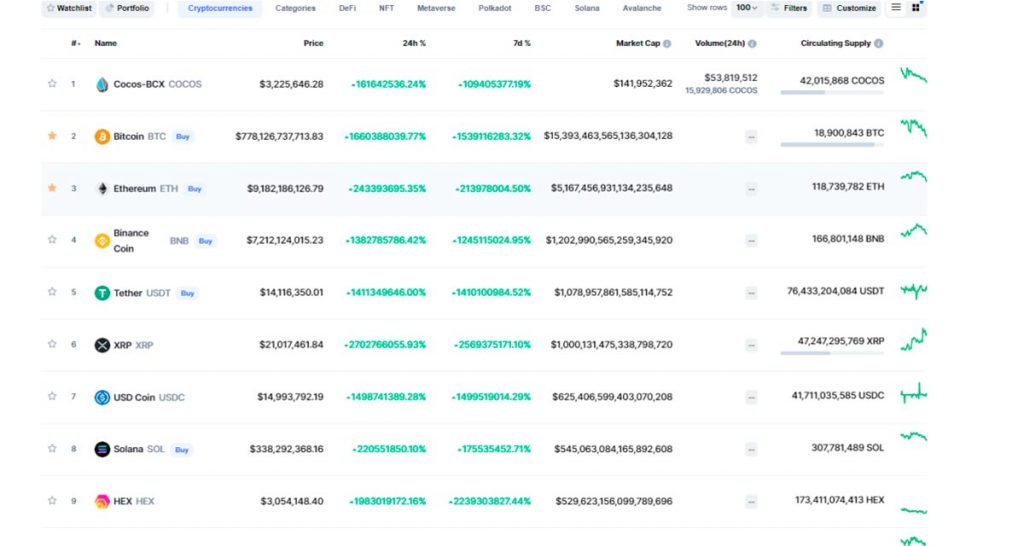 CoinMarketCap glitch made the service face pricing issues. The CMC engineers recognized the problem, and the situation is now fixed.

This December 14th, 2021, CoinMarketCap was having price issues and having them going haywire.

While checking the well-known cryptocurrency price and chart website, or even their wallets, many users found that their wallet balance had been valued hundreds, thousands, or even millions of times in percentage.

But looking more seriously, you could see that it was eventually a bug – or a hack.

Many users were thrilled when they noticed the prices and warned CMC to fix the problem on Twitter and Telegram accounts.

While CoinMarketCap was trying to fix the problem, they kept posting on Twitter, goofing around, asking its users and followers how it was to be Trillionaires for a couple of hours, and of course, the reactions arrived promptly too:

Hack or CoinMarketCap Glitch? In no time, some were reporting that CMC was hacked

Many Twitter accounts, such @Watcher.Guru, reported that CoinMarketCap was hacked, which turned out to be false, and CMC was posting some memes implying that the information was not accurate.

In the end, was just a funny Glitch

Shortly after, a new Twitter post stated that the price issues had been resolved, followed by a “but…”.
In both tweets, CMC mentioned the service status URL of the website (https://status.coinmarketcap.com/), which says the updates in almost real-time about the amusing glitch in the CMC.

In the end, it seems that the hashtag #cryptotwitter raised from the dead with this funny issue, as CMC stated:

All CoinMarketCap cryptocurrency customers, users, investors, and followers accounts are safe and sound, and no hack was done in this service.