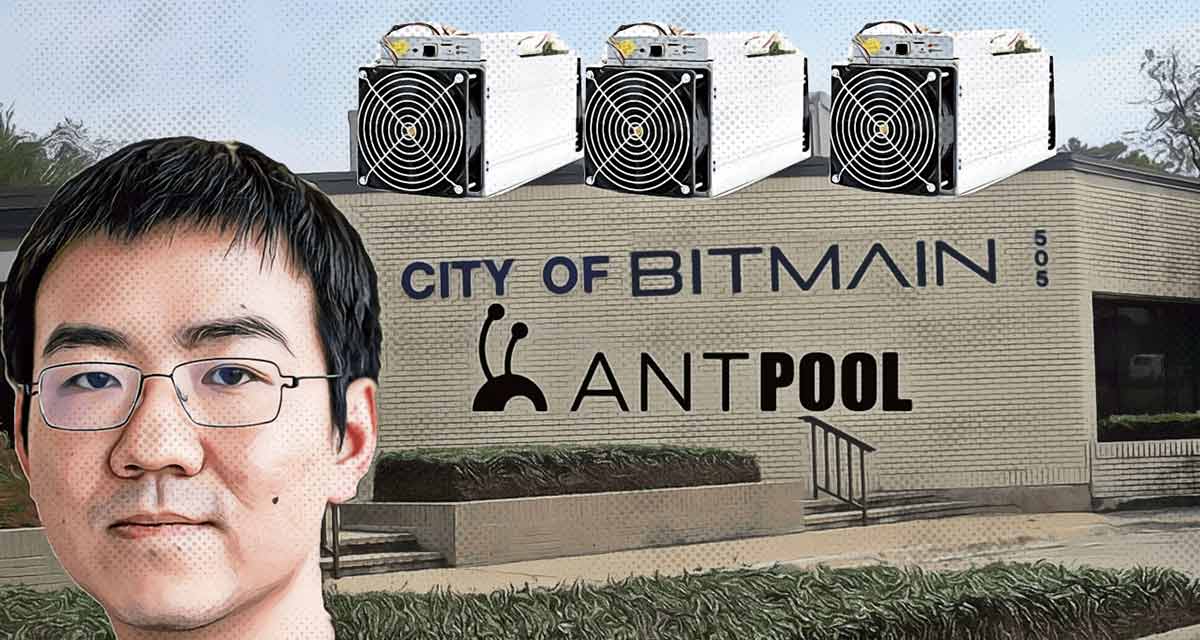 Bitmain is selling Antpool which currently owns 18% of the hashrate of the Bitcoin Network. This pool works with cryptocurrencies such as ETH, BTC, BCH, ETC, among others.

Bitmain, a specialized chip, and mining equipment manufacturer, has decided to separate from its Antpool brand, dedicated to the field of collective mining. The pool currently owns 18% of the total hash rate of the Bitcoin network.

The decision was made on May 1, although it was made public on July 26, after the semi-annual meeting of the firm ended. The sale is motivated by “changes in the external environment” as published in the statement itself.

It should be noted that the announcement of separation does not signify the cessation of operations at all. While awaiting the execution of the sale, Antpool will continue to operate independently with the different mining groups that comprise it.

According to the information, Bitmain will continue its operations focused on the research and development of servers, and computing power chips (mining).

Regarding the Bitmain subsidiary dedicated to the sale of mining equipment Antminer, no mention is made in the announcement.

Antpool and the aftermath of China’s attack on mining farms

In the statement announcing the sale of Antpool, the company clarifies that it has undergone “external changes” that have led the Chinese manufacturer of specialized chips to take measures that allow it to remain afloat.

Although it is not explicit in the text, among these “external changes” is the fact that last May China announced a ban on cryptocurrency mining, started in the province of Inner Mongolia and extending from now to currently, to a total of 8 provinces throughout the Asian country.

Antpool was one of the most affected mining pools, this taking into account that China was one of the countries with the highest hash rate in the world, accumulating close to 70% for the year 2019 according to data from the University of Cambridge. It currently has 18 EH / s in its mining power, whose figure reached 30 EH / s at the beginning of January 2021, representing a reduction of almost 40%.

About Bitmain and Antpool

Bitmain was founded by Jihan Wu and Micree Zhan in 2013. By 2018 it had become the world’s largest designer of application-specific integrated circuit (ASIC) chips for bitcoin mining and was reportedly profitable in early 2018, with a net profit of US$742.7 million in the first half of 2018, and negative operating cash flow.

TechCrunch reported that unsold inventory ballooned to one billion dollars in the second quarter of 2018.

Antpool is one of the largest mining pools in the world and supports ten cryptocurrencies and rewards miners for their contributed hash power. The mining pool offers an app that monitors the hash rate of users’ miners in real-time, supports multi-coin mining and shared account management for convenience.

In 2020 AntPool Bitcoin hashrate was broken through 5000 PH/s and ranked NO.1 in the world for a long time.

Some key Facts about Antpool: