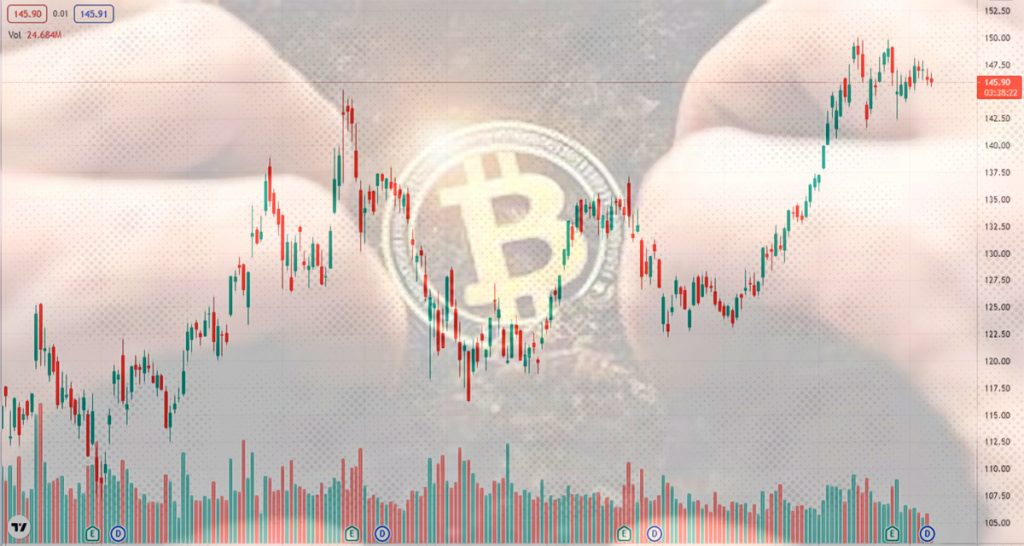 With the new Covid Omicron variant, the bitcoin price drops more than 20%. Bitcoin, Ethereum, and several other cryptocurrencies face a storm of bearish catalysts. Cryptocurrency prohibitions might also be the cause.

Bitcoin price dropped drastically in the early hours of this Saturday, November 4th, falling more than 20%, coming to trade at US$ 42,000.

The price of Ethereum plummeted, dropping more than 25%, to around $3,400, and other known cryptocurrencies have also seen their market prices going down. The total market capitalization dropped 16% to $2.2 trillion.

On a side note, in early November, the total market capitalization of cryptocurrencies reached $3 trillion for the first time in history.

Cryptocurrencies have been in chaos since the appearance of the Omicron form of the coronavirus.

The Bitcoin price drops more than 20% What could be the cause?

Tech stocks also had a bad week, with the Nasdaq index closing the week down about 2.5%. Cryptocurrency and stock prices are typically not closely correlated, however, large stock sales may be causing investors to become more aware of the overall risk and exit cryptocurrency positions.

The World Health Organization (WHO) said on past Friday, November 3rd, that the variant was detected in 38 countries, compared to 23 two days ago, with initial data suggesting that the strain is more contagious than others.

In addition to fears over the omicron variant, rising yields on US Treasuries may be prompting investors to abandon riskier investments in search of safer returns.

The index fell to its lowest level in over seven weeks. The return of the “red tide” to the markets harmed the most cyclical industries, such as retail and tourism. The energy industry was also among those that suffered the most losses as a result of the reduction in the price of an oil barrel.

Fed Chairman Jerome Powell stated on Tuesday that “it is time to remove the temporary end of inflation,” bolstering the notion that interest rates may increase sooner than expected, which penalized equities on both sides of the Atlantic.

Jerome Powell further warned that this new coronavirus variant offers possible economic hazards at a time when US inflation is at its highest level since 1990.

And this could be leading the investors to liquidate their Cryptocurrency positions.

Cryptocurrency prohibitions and regulatory restrictions across the world

Other causes could be the potential for further regulatory restrictions to be weighing on cryptocurrency valuations.

China has effectively banned cryptocurrency and mining transactions. The conflict between Chinese officials and miners lasted for more than six months.

China prohibited mining activities in May of this year, forcing these business people to shift their equipment to other countries such as the United States, Kazakhstan, and Russia.

On November 16th, China resumed its war on miners, declaring that Chinese officials would work more to penalize unlawful miners.

Despite portraying itself as an ecologically correct and environmentally conscious country, China’s primary energy source is coal combustion, as seen in the quotation below.

Read More  What is Nexo Tokens?

Following the departure of miners to other nations such as the United States, bitcoin mining is already proving to be more environmentally friendly.

India is about to introduce legislation, not to ban, but to regulate all cryptocurrencies.  According to the government announcement, the new law will allow for “limited exclusions to promote the underlying cryptocurrency technology and its purposes.”

The Indian Central Bank further stated that they raised “severe concerns regarding macroeconomic and financial stability.”

The regulation is meant to safeguard Indian consumers when a rising number of individuals, many of whom lack financial expertise or information, are making these sorts of transactions and risk losing their entire investment, treating cryptocurrencies as assets.

The United States has recently signed the US spending bill included new taxes for cryptocurrency brokers.

Among these various factors, Bitcoin, Ethereum, and several other cryptocurrencies faced a storm of bearish catalysts.

Do you the Biswap DEX? If not, you should. Check here and benefit from high APY and low to non-existent fees.

bitcoin cryptocurrency DeFi Price Drop
Share. Facebook Twitter Pinterest LinkedIn Tumblr Email
Previous ArticleWhat is Biswap? Is the DEX with lower fees and high APY Rewards
Next Article Three risks that NFTs represent and how to prevent them, according to RUSI