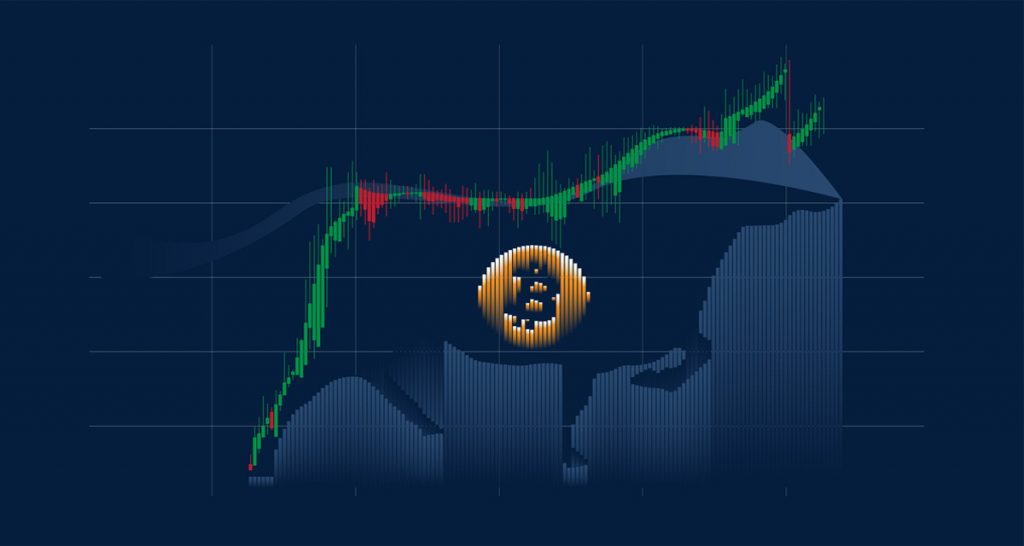 The bitcoin price adjustment is inevitable for a new bull market season. The suggestion is a price adjustment from here upwards and not a continuation of the corrective movement.
Share
Facebook Twitter LinkedIn Pinterest Email

Bitcoin stocks within the exchanges have lost the plateau they used to be when BTC was quoted at its all-time high, dropping to a new low since the beginning of this year.

A price adjustment is inevitable, at any time the supply shock is felt in the price.

With that said, it doesn’t take large volumes for the price to continue to rise, as the level of available supply is the same as when it was quoted at around US$65,000

The recent sell-off in Long positions raised fear in the market that had already come from optimism and greed. Prices return to the same level as 25 days ago at first base support.

The market that came from 79 points in the fear/greed index, after the dip, goes back into fear feeling.

The Futures market sentiments are important in the short term and bring high volatility. Use it to accumulate with long-term holders.

It is possible to define that there has been no “short squeeze” yet, as volumes since the main support trap were below US$60 million.

We should see at the very least spikes in settlements on Short positions between and above the yellow/red averages between US$200 – US$400 million in volume.

The volume in settlements on Long positions has historically been low in this last dive and compared to the first test at US$30,000 in May this year it was relatively low as it is below the yellow average.

This indicates the latest bearish move being just a correction brought about by the futures market and leveraged positions. With the return of optimism, many Short Term Traders start to get into euphoria, fully leveraging themselves out of proper risk management and are liquidated, losing all the money from the bet.

You can see greed starting to show up recently through funding rates, which started to turn slightly positive at 0.03, a level that hasn’t been seen since May of this year, before the dip to key support.

This fuel is essential for the resumption to continue, with the technical and on-chain mixture. The effect caused by these short-term movements makes long-term holders continue to accumulate, in addition to the miners receiving the reward at a lower price, in addition to accumulating cheaper.

The Macro look establishes a price adjustment due to the short-term supply shock, but it does not have an immediate effect. What should be focused attention is on the movements when diving takes place.

Miners continue to accumulate and after this dip Reserves point back up, very close to the 1.850 million BTC level not seen since May 9, when Bitcoin was quoted at around $58,000 and before that at around US$27,000 in December 2020.

During the brief accumulation that BTC is at least 7 days away, there were two large exit transactions from the exchanges which caused the Reserves to be drained. It is still under investigation, but so far what has been raised is that it would be an internal transaction by the FTX broker.

Since the beginning of this month, there have been several transactions of exits from exchanges leaving Netflow many times negative, indicating a greater flow of exits than entrances to brokers.

Since the beginning of this month, more than 30,000 BTC has been added outside the exchanges, within external portfolios. Not adding the two internal transactions mentioned. This means that holders are not considering offering their assets in cash at this price level. This pattern we’ve been watching since the trap and it must keep happening!

It is a very strong and positive signal for the price as there is a gap to be filled. Before the price rises sharply, it is to be expected that the Reserves will dry up, as long-term holders hold on to sell later.

A new record in Stablecoin Reserves set on September 2 pushed the price above US$50,000.

While the price corrected to the US$42k-44k range (the first support), reserves also began to drain reaching levels not seen since early August when BTC broke through the top of the accumulation (US$40,000).

It means that fiat currencies are being converted to BTC on dips, holders are buying through this cash flow.

According to the UTxO Sum Coin Age (SCA) indicator, it is possible to identify the aged coins, that is, long-term holders continue to accumulate strong non-stop. The sentiment displayed by these carriers suggests the current price level is cheap.

Since the breakout of the stealth spot around US$37,000 – US$40,000 the indicator has been going straight ahead signaling the strong accumulation of these whale carriers.

Important to keep an eye on medium-term holders, especially those aged 6-12 months as since testing the support at $30,000 these guys absorb all the liquidity in the market and accumulate heavily. After that last dip, they continue to provide liquidity and stockpile.

Read More  In the US, the opportunities to work with Cryptocurrencies are growing

Holders aged between 3-6 months, who hold the longest among short-term holders, absorbed all the liquidity from the accumulation below the last historical record and also from the correction, but since the first trap in main support has been offering Bitcoin and possibly selling at a loss.

We can define this class as a short-term speculative trader. As the price returns to some levels, several of these holders sell heavily.

I would like to see 2-3-year-olds accumulate by pushing above this red line, the most they have accumulated since testing at US$30,000. The absorption of liquidity from the support provided by them opened up a margin for profit and new purchases in cheap values.

The same thing happens with holders aged between 12-18 months, however, after the last dip, they have possibly been offering their coins. Distribution taking place at a higher level among these holders to the hand of the medium-term holders?

It is possible to identify this sale at a loss through the SOPR. STH is reaching levels below 1.00, meaning holders are selling at a loss. This indicator only shows short-term carriers.

Are holders aged 3-6 months selling at a loss?

These guys sell heavily at a loss if the price is also falling. These are the famous “lettuce hands”, driven entirely by market sentiment. You take your stock according to the price in the short term, which is wrong.

It is very important to define good risk management in the market so that in movements of great volatility, you are not enchanted by the optimistic/pessimistic feeling and take actions outside the correct pattern.

The cycle of speculation always repeats in every market, with Bitcoin it would be no different. The coolest thing about all this is being able to fully observe these movements, of small and large players, and thus base a greater probability of the price’s next direction.

Long-term holders do not sell at a loss during a bull run, historically this happens in a bear market, in deep cyclical corrections of Bitcoin.

It is still a bull market not only because of the cyclical pattern shown in LTH but also because of the most important signal that occurred in the main support trap. These guys sold at that level, but at a profit. This is not a bear market formula!

Therefore, the suggestion is a price adjustment from here upwards and not a continuation of the corrective movement. Don’t expect the next price setbacks to be a reversal, in an uptrend the dips must be bought!

*Source: Adaptation of a livecoins article.