Bitcoin hashrate drops after coal mine accident in China 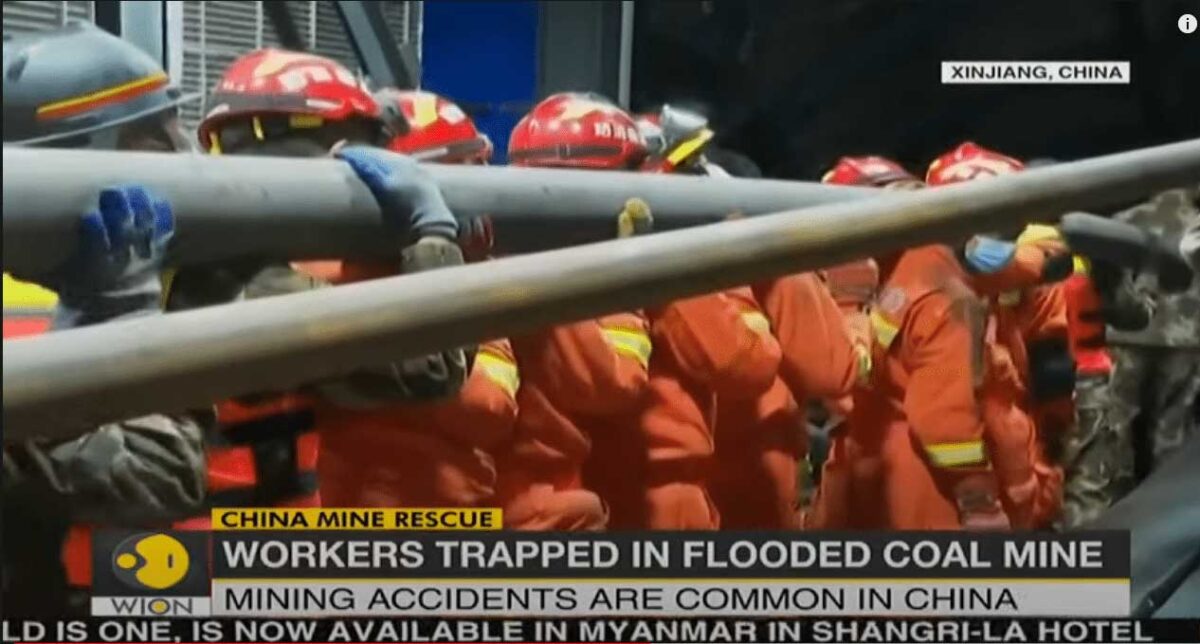 Bitcoin hashrate has dropped about 40% in the past 24 hours, from more than 180 petahashes per second to around 105 Ph/s.

The remote mountainous region of Xinjiang is one of China’s main mining provinces.

According to the website BTC.com, Poolin had the biggest drop (34.55%) among the main mining companies, followed by Huobi.pool, which saw its hash rate plummet 26.21%.

Antpool and Binance Pool also saw a hashrate drop of almost 21% in the hash rate. The fall is attributed to a huge coal mine accident in Xinjiang, and now “northwest China is undergoing a complete blackout for safety inspections”.

Block times now seem to be getting back to normal a little bit, but there was still about an hour to find blocks around 7:00 am on April 18, 2021.

Bitcoin block times took almost two hours to find blocks which may have helped Bitcoin plummet on Sunday and now seem to be getting back to normal a little bit, but there was still about an hour to find blocks around 7:00.

As can be seen above, yesterday there were no blocks in a 9-hour interval. Also, there were blocks with intervals of five and four hours. This is expected behavior after a sudden drop in the hashrate.

Thus, the Bitcoin network will take about two weeks to readjust the difficulty and bring the block times to the usual ten minutes. Until then, the blocks may take longer than normal.

READ more:  Bitcoin and Ethereum on the brink of surpassing silver in total market value

So, what really happened with Bitcoin hashrate, in April 2021?

What exactly happened is not very clear, but according to local media, a flash flood caused underground power outages and communication disruptions in Xinjiang, which affected the Bitcoin mining industry.

Primitive Ventures co-founder Dovey Wan said there was an explosion at a coal mine in northwest China’s Xinjiang region, which led to a “big” power outage.

According to Wan, the incident resulted in data centers being shut down and an instant drop in the Bitcoin hashrate, the network’s computational power.

The remote mountainous region of Xinjiang is one of China’s main mining provinces, with this April 16 incident causing a large-scale blackout. The authorities there are apparently conducting “security inspections” at mining farms and data centers.

Some Western media are describing the situation as an explosion, while others say there has been a flood in the coal mine.

According to Reuters, 21 miners were trapped in the flooded coal mine. Part of the mine was filled with water, leading to power outages. According to CCTV and Bloomberg, rescue workers were still working to save the trapped miners and drain the floodwater.

The floods in China happen with some frequency, but generally in the months of July.

Concerning the miners who remain on the network, there is not much difference, as they still receive the same amount of bitcoins as they did when the Xinjiang miners were on the network. These are obviously lost, as they are not mining.

As soon as the difficulty settles, the profits of current miners will double, assuming that Xinjiang’s miners have not recovered at that time. In that case, hooking up old mining equipment can be profitable.

Besides, this can streamline the distribution of Bitcoin mining in the rest of the world, which is becoming increasingly strong in America and Europe.

The only difference, therefore, is some variation in block times, with confirmations of an hour or two now expected on occasion, but blocks of ten minutes may take a little longer.

Bitcoin Mining Power Had Its Worst drop Since 2017 - Crypto DeFinance

[…] slightly exceeds the one that occurred in April of this year , which meant a reduction of the hashrate of […]

Bitcoin Mining Power Had Its Worst drop Since 2017 - Crypto DeFinance

[…] exceeds the one that occurred in April of this year , which meant a reduction of the hashrate of […]

[…] many are concerned that China appears to want to ban Bitcoin, the ecosystem would have a low (and perhaps even positive) impact considering the true […]