Bitcoin greener than any country or industry shows BP report 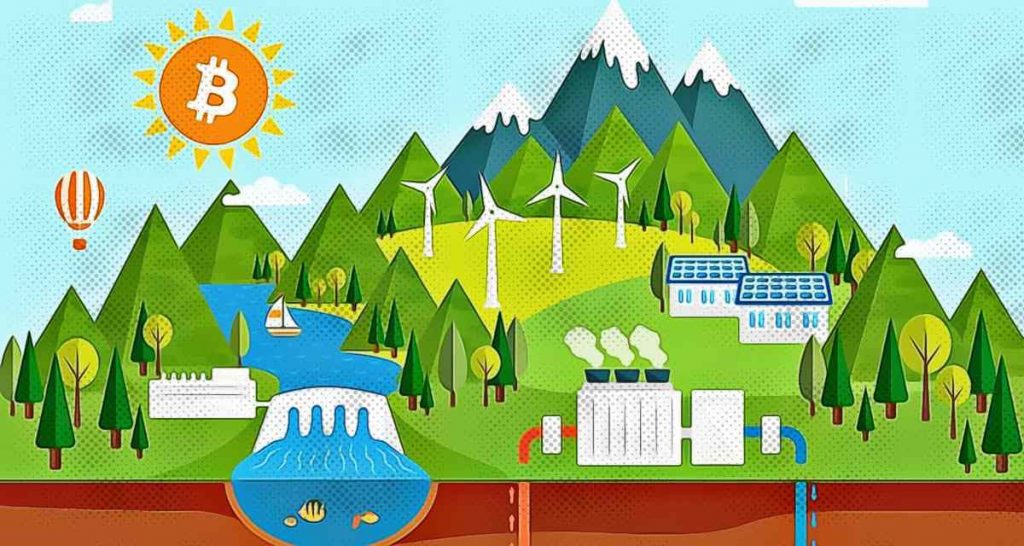 The BP report concludes that 56% of bitcoin greener energy consumption globally is sustainable. The bitcoin green energy use has increased from 36.8% in the first quarter to 56% now.

According to a BP survey, Bitcoin is greener than any country or company, which looked at global energy consumption data and, despite analyzing data from just 32% of bitcoin miners, found that 67% of them use sustainable energy.

The US uses only 30% sustainable energy, China is the world’s biggest polluter and by far, according to this survey, uses only 14.4% sustainable energy while consuming the most, accounting for 39,361 TW /h, with the US in second place, with 26,291 TW/h of global consumption, which is 162,184 TW/h.

Extrapolating across the network based on the 32% miners analyzed, the report concludes that 56% of bitcoin energy consumption globally is sustainable.

However, the data can be criticized for being potentially selective, as the miners who responded are precisely those who chose to participate in the Bitcoin Mining Council (BMC), which aims to increase the use of green energy in mining in the digital currency.

Despite this, BP has been around for over a hundred years, making significant discoveries throughout its history, starting as a local oil and natural gas company to becoming a global energy group.

The BP Group is present in more than 70 countries, employing around 70,000 people, and is one of the world leaders in the exploration, development, and production of oil and natural gas.

The company’s research is the first of its kind to detail bitcoin’s energy mix, showing that green energy use has increased from 36.8% in the first quarter to 56% now.

A large part of this could be due to the closure of Chinese mining companies. Not necessarily because they didn’t use clean energy with the majority preferring hydropower, but because the unknown energy mix has contracted as the global hashrate has decreased.

Whether that makes any difference to Tesla, which raised the issue to justify suspending accepting bitcoins for payments, is unclear.

But it does show that the bitcoin mining industry is taking the matter very seriously, and while you can look at the data, in an apple-to-apple comparison, you’d expect the bitcoin industry to be cleaner because generating its own energy is the most economical way to mine on a large scale.

A small hydropower station or even a solar farm is usually the quickest and cheapest way to do this. The miners’ goal of making more profits is driving this new industry towards green energy and the general intention to maintain a clean environment.

Michael Saylor held a press conference to present the findings of the report and did not hesitate to say:

“If you’re an ESG activist, Bitcoin is the most ESG-friendly industry in the world,” said Michael Saylor of Microstrategy.

Renewables, Hydro and Nuclear energy Key Facts from this report