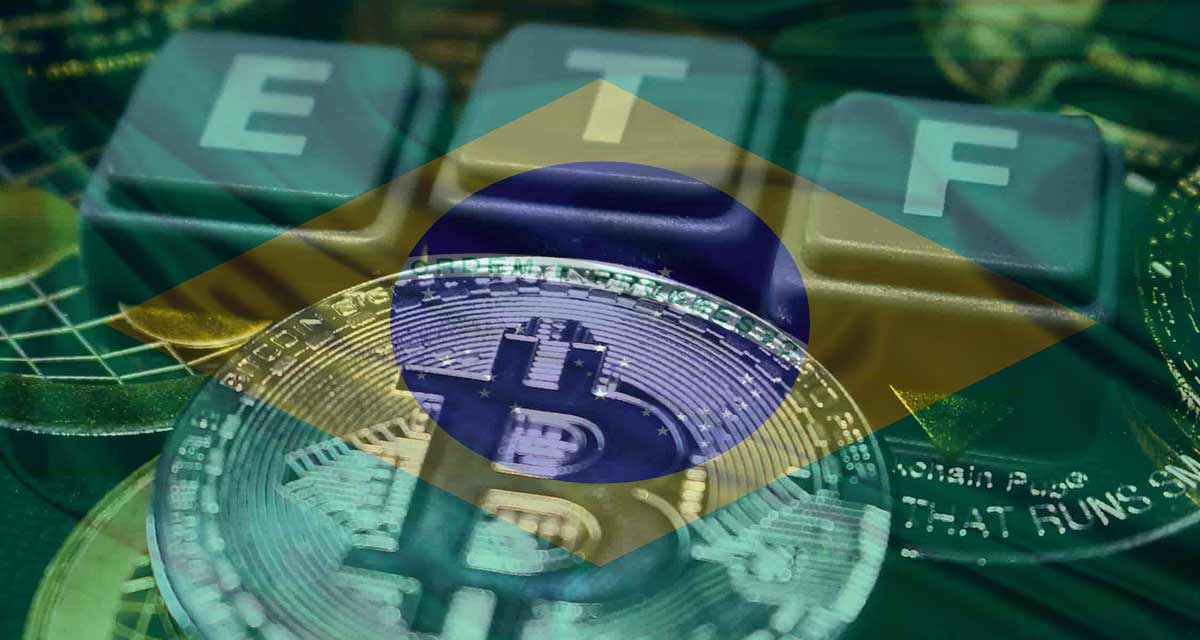 Bitcoin ETF now available in Brazil and tracks the price of the Chicago Mercantile Exchange index and it trades in Brazilian “Reais”. It is the second cryptocurrency ETF that can be accessed in this Country. Dubai also launched its ETF.

Brazilian stock investors already have at their disposal in the brokerage houses the bitcoin exchange-traded fund (ETF) of the Canadian company QR Capital.

This ETF had been authorized in March of this year by the Securities and Exchange Commission of the South American country to be able to be traded in that nation. It does so under the code QBTC on the São Paulo Stock Exchange (Bovespa).

Unlike the Canadian version of this fund, in Bovespa, it is bought and sold using the Brazilian national currency, the real. At the time of writing, each share of the ETF is trading at 10.39 reais (US$2.11). Although its price differs from that of bitcoin (BTC), which is the underlying asset, the percentage change tends to be the same. The fund tracks the Chicago Mercantile Exchange BTC index.

According to media specialized in finance and stock market affairs, the launch of QBTC on the São Paulo Stock Exchange was “disappointing”. Is that QBTC reached USD 27 million in financing on June 23, on its first day of trading, only USD2.8 million more than the amount raised before its debut. The interest of Brazilian investors to put capital in BTC indirectly was not what was expected.

In any case, the director of QR Capital for Brazil, Fernando Carvalho, is enthusiastic and considers the launch of the fund as a milestone for the Brazilian stock market. “Investors now have a robust, low-cost, regulated option for direct exposure to the most important cryptocurrency on the market: bitcoin,” he says.

This is not the first cryptocurrency-related ETF that Brazil has. Last March the listed fund of the Bermuda company Hashdex was also approved, which tracks the price of a basket of cryptocurrencies: Bitcoin, Ether (ETH), Litecoin (LTC), Chainlink (LINK), Bitcoin Cash (BCH), and Lumens (XLM). This ETF is also active on the São Paulo Stock Exchange.

In the Cryptopedia, which is an educational section of this information portal, ETFs are defined as “funds that can be traded on the stock market as if it were a stock.” It is added that, for this reason, “they are hybrid financial products since they have the characteristics of an investment fund and operate as a share.”

Bitcoin ETFs and other cryptocurrencies are usually used by those who want to expose themselves to the volatility of the price of these assets but under the supervision of stock regulators. Especially, some institutional investors find interest in this type of product, although anyone with a client account can access them.

Bitcoiners tend to be very aware of the issue of exchange-traded funds, since for years they have been waiting for the United States Securities and Exchange Commission (SEC) to authorize these products in their jurisdiction. So far, this has not happened, and there is no indication that it will happen in the near future .

The Dubai Bitcoin ETF was launched by the Canadian asset management firm 3iQ. Dubai regulators approved the ETF proposal in April, and it began trading on the Nasdaq Dubai exchange on 24th June 2021. The Dubai Bitcoin ETF will be launched with the ticker symbol “QBTC”. With these Bitcoin ETFs, institutional investors would be able to trade cryptocurrencies without actually holding the coin.

“We trade on the North American market times and Dubai is almost perfectly opposite of what our trading hours are,”

CEO Fred Pye, in a interview for Bloomberg TV.

3iQ is just one of many firms registered in Dubai in recent months.