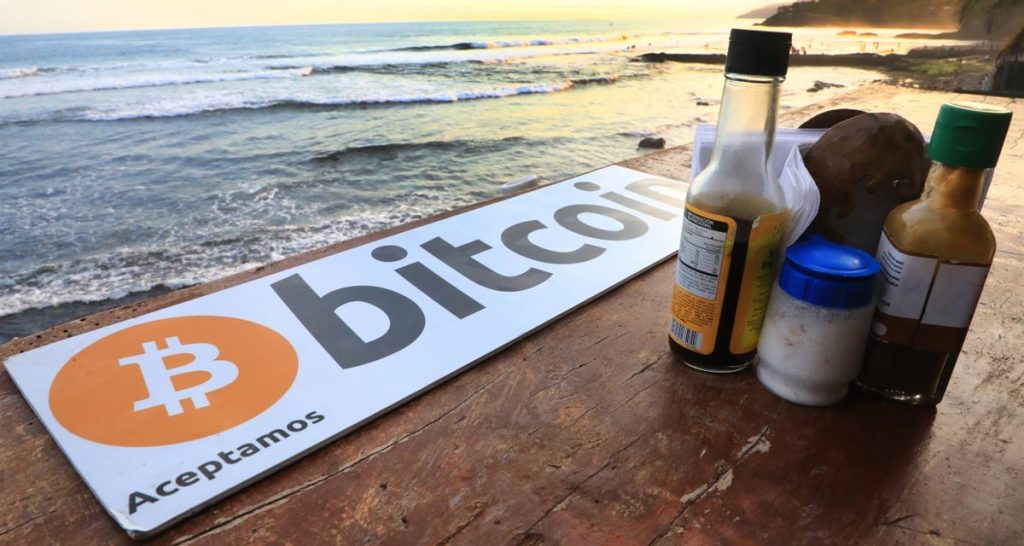 A community of around 40 families in Ecuador started working with Bitcoin as their local currency. This new experiment is based on the movement called Bitcoin Beach.

In El Salvador, the Bitcoin Beach experiment is the birthplace of the Country’s digital currency adoption movement.

In September 2021, the local government approved Bitcoin as legal tender, making it a convenient means of payment.

However, Bitcoin Beach was a movement started in 2019 that was totally out of touch with the government, creating a Bitcoin user base on a remote beach across the Country called El Zonte.

Nayib Bukele also stated in a retweet that “IIt’sgame over for FIAT.”

“We believe that if a local economy is created with the support of Bitcoin, new opportunities will open up for the community members

Through the Blockchain for Humanity, Michael Peterson presented the Fireside Chat in Bitcoin Beach, stating and giving the use-cases of Bitcoin in this Community and El Salvador, and showing the project implications and how it is facilitating aid for people in this Country.

“A community of around 40 families starts Bitcoin Beach” in El Salvador.

As governments rush to curb Bitcoin’s advances worldwide, with bills and national digital currencies, called CBDCs, people are beginning to understand the power of the decentralized currency.

Read More  Billionaire Carl Icahn thinking of a potential investment of $1.5B in Crypto

Inspired by El Salvador, the Movimiento Píntag Amaru community began accepting Bitcoin as a means of payment in El Salvador, making it a local currency for 40 families.

According to Mauricio Rubio, one of the community’s residents, the society produced its food and was already self-sustainable in this regard.

Even so, part of the efforts sought for the future is to improve the local economy and finances, with El Zonte being an inspiration then. Rubio remembers that the first wallet created by the community was when Bitcoin cost US$ 30,000, with everyone following attentively to the market movement.

Bitcoin Beach projects are popping up in multiple places.

Despite the Bitcoin Beach project having emerged on a beach, the idea travels the world now as an ideal of freedom for their governments’ communities, seeking to improve the living conditions of people regardless of what politicians say.

In Brazil, Bitcoin Beach also started on a beach in Ceará. A paradise sought after by tourists and saw more and more people and local companies accepting this currency.

Read More  Do you know what Laser Eyes are, its origin, and the Bitcoin relationship?

In South Africa, in the municipality of Mossel Bay, the Bitcoin Ekasi movement appears, yet another one inspired by El Salvador.

What draws attention in all this matter is that the trend started in El Salvador and is being followed around the world, and many countries even support it.

One good example is the Bitcoin Ekasi movement that this Thursday, December 23rd, received from Bitcoin Beach 2.1 million satoshis to improve the currency’s adoption.

It is worth remembering that the adoption of Bitcoin has grown not only in communities forgotten by governments but also in large urban centers, with more companies using this option as a means of payment for customers.

Thus, 2021 remains one of the most important for the long-awaited mass adoption of Bitcoin, expected by cryptocurrency fans. Let’s hope that 2022 will be even better for Crypto.