Bisq allows you to buy Bitcoin with Strike or Bizum 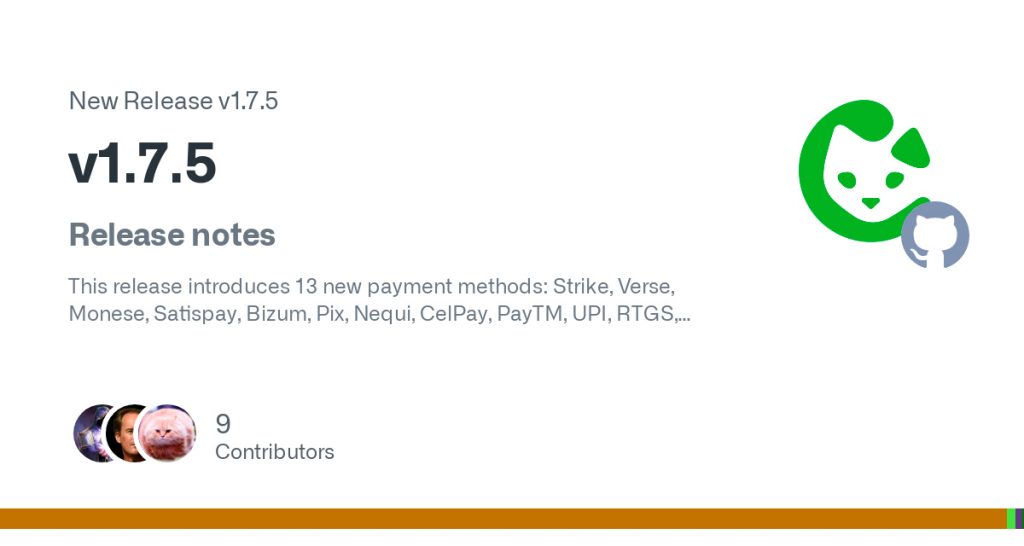 With the new update, Bisq now allows you to buy Bitcoin with Strike or Bizum. Bizum users can have a maximum of 150 operations per month on Bisq. There is a contradiction between Strike and Bisq, as the former is KYC and custodial at the same time.

The Decentralized Exchange (DEX) Bisq announced this week the inclusion of the digital payment platforms Strike and Bizum, with which it will now be possible to buy bitcoin (BTC). All as part of the expansion of that Exchange.

The company reported it via Twitter on October 28, where it highlighted that in its new update 1.7.5, now available for download, they added “various payment methods,” 13 in total.

In addition, they allowed the chat between traders to continue, even after finalizing the transaction.

Another novelty of DEX, which is an open-source P2P application that allows you to buy and sell cryptocurrencies in exchange for national currencies, is the update of Tor to its latest version, moving all nodes to Tor V3 addresses.

While there are no further details, Bisq shared screenshots of transactions made with both platforms. For Strike, the maximum trade size is US$1,000 for each payment.

In the particular case of Bizum, they warn that a bank account in Spain is necessary, being able to trade only, between 0.50 euros and 1,000 euros, with a maximum of 2,000 euros per day to receive and send BTC using the platform.

«Bizum users can have a maximum of 150 operations per month. Each bank will have to establish its limitations for its clients”, explains the platform.

Strike, increasingly immersed in the ecosystem

The inclusion of Strike among Bisq’s payment methods is not strange since it has penetrated so much into the cryptocurrency ecosystem, and it is now a significant presence globally. Even more in the United States (USA) and El Salvador, the first country in the world to adopt bitcoin as legal tender.

The payment platform, which works on the Bitcoin Lightning Network (LN), agreed at the beginning of the year with the Bittrex Exchange to support users from more than 200 countries.

Right now, it already has a significant number of users, processing millions of dollars a month.

The growth and recognition of the company have been such that it allowed its users in El Salvador and the US to convert salaries deposited in dollars to bitcoin without any commission.

This application allows each user to decide what percentage of their salary they want to be automatically converted to bitcoin.

While the inclusion of Strike as a payment method in the DEX Bisq denotes the expansion and growth of both companies, there is room for a contradiction.

Due to its wide use, Strike became a company that complies with the KYC (Know Your Customer) standards.

KYC is a series of measures by which companies establish a process of identification and verification of customers’ identity through a series of controls that seek to prevent crimes related to terrorist financing, money laundering, and corruption.

And, in addition, Strike is custodial, that is, a digital wallet in which the administrators are the ones who keep the private keys of each user and control the stored cryptocurrencies.

A key audience is from El Salvador, where although there is a government wallet (Chivo), there is a high migration of users to Strike due to the various problems and failures of the state product.

But Bisq is decentralized; that is, transactions are made with a degree of anonymity since it is not necessary to provide personal information to proceed with trading or trading cryptocurrencies.

It is worth remembering that, by definition, a DEX is a peer-to-peer (P2P) market for buyers and sellers of cryptocurrencies. They do not have custody, so each user has control of the private keys when executing transactions on these platforms.

Therefore, it remains expected how they solve this small obstacle to the union between Strike and Bisq. So far, no bugs have been reported, although, admittedly, the new update has been released for hours.

Bizum, the Spanish payment platform that is also related to bitcoin

As for Bizum, which allows instant interbank transfers, it is not the first time a cryptocurrency exchange has taken it into account.

LocalBitcoins, one of the largest P2P exchanges globally, included Bizum among its payment methods in May. It has included PAYSEND, AirTM, Uphold; PaySera; Remitly; ecoPayz; Vodafone Cash; Monese; Airtel Money.