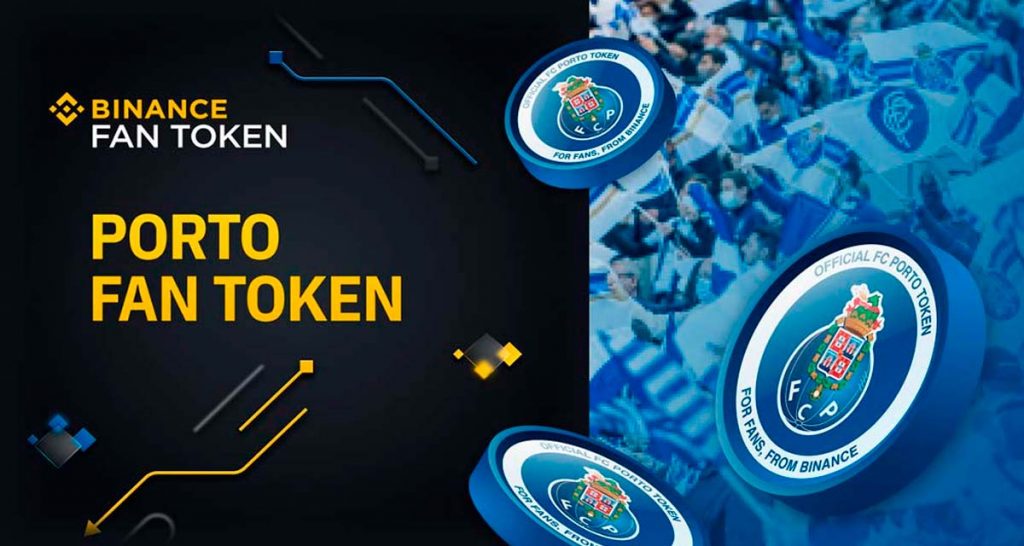 Clube FC Porto partners with Binance and launches its own cryptocurrency

Binance Exchange, the world’s top blockchain ecosystem and cryptocurrency infrastructure supplier and platform has announced a long-term relationship with famous club FC Porto, one of the largest and most successful clubs in Portuguese football.

Binance will be the official partner of the FC Porto, widely known as Dragões (Dragons, in allusion to its badge). With this partnership and the official Porto Fan Token, the club will also have its branding stamped on the shirt during the first season and the sleeves in subsequent seasons.

The PORTO Fan Token will be released through Binance Launchpad in collaboration with Binance to elevate the club’s brand to the next level, delivering a meaningful experience for the club’s supporters – through special incentives based on participation interaction, gamification, and more.

FC Porto, one of the Top Soccer Team of Portugal

FC Porto, the legendary blues and whites, was established in 1893 in the city of Oporto and is one of Portugal’s most successful soccer clubs, having won 79 major trophies, including 29 Premier League championships.

In international tournaments, FC Porto is also the most distinguished Portuguese club. They won the UEFA Europa Cup / UEFA Champions League in 1987 and 2004, the UEFA Super Cup in 1987, and the UEFA Cup / Europa League twice.

Many world-famous players have played for the club throughout the years, including Vitor Baia, James Rodriguez, Ricardo Quaresma, Radamel Falcao, Hulk, and Deco.

Sérgio Conceição manages the club, which has international players such as Pepe, Luis Daz, Otávio, Mehdi Taremi, and Matheus Uribe.

FC Porto now has over 8.2 million followers on social media.

The President of FC Porto, Jorge Nuno Pinto da Costa, is responsible for a spectacular turn in the club’s history by propelling it to Europe and establishing it as the Portuguese club with the most international trophies being the most titled president in world football history.

FC Porto Fan Token (PORTO) is a utility token that allows supporters to connect with their beloved team in novel and innovative ways.

PORTO is now accessible to all Binance users since November 5th via Launchpad and eventually via Spot, bankcard, and P2P transactions.

For more information about the PORTO Fan Token in the Binance Launchpad and future team listings, visit the Binance Fan Token platform.