Billionaire Carl Icahn thinking of a potential investment of $1.5B in Crypto 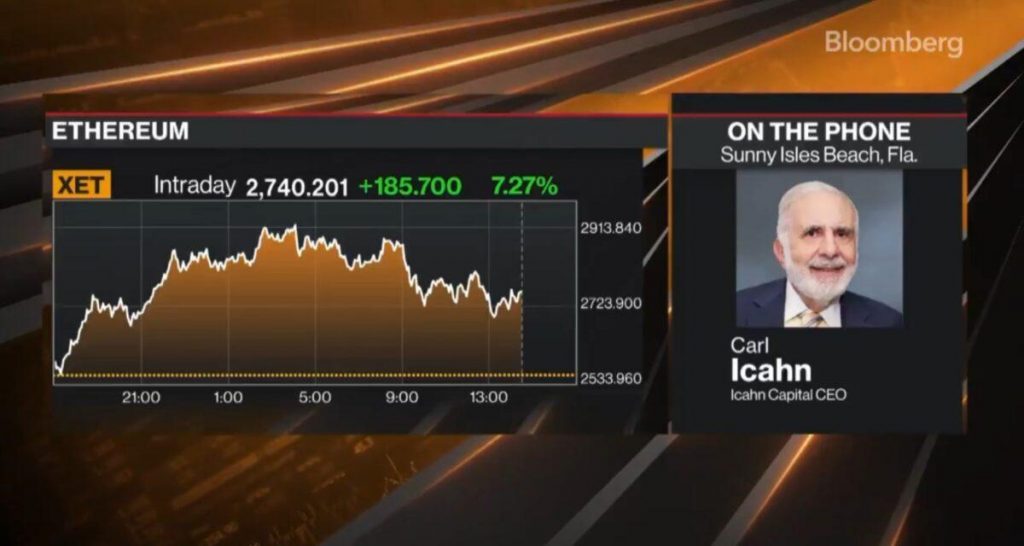 This time is the Billionaire Carl Icahn who wants to buy Bitcoin. According to him, up to 10% of his assets can be used to buy cryptocurrency.

At 85, Carl Icahn is a famous investor in the traditional stock market, with an estimated fortune of US$15.5 billion, according to Forbes. As one of Wall Street’s biggest investors, he is considered one of the most successful in recent decades.

Despite showing interest in the market, Carl still hasn’t contributed. He seeks at first to understand the potential of digital currencies, thinking for the future of technology.

This is because this market would be inflated with the high dollar and concerns about inflation. That way, not all cryptocurrencies will be able to survive long, in the opinion of the legendary investor.

In an interview with Bloomberg TV, the founder of Icahn Enterprises, Carl Icahn said he looks at the cryptocurrency market. He expects his company to become involved with digital currency soon, being able to bet high on this market and put up to US$1.5 billion in investment, equivalent to 10% of the billionaire’s equity.

According to its preliminary analysis on the sector, there are many cryptocurrencies in the world. In this way, he hopes that several projects will disappear in the course of history.

Even so, he was confident about the future of cryptocurrency technology, which is here to stay. His company, has not yet made any acquisitions, but he hopes to do so soon.

The activist investor said he’s looking at investing in crypto in “a relatively big way,” clarifying that “big” could mean “a billion dollars, billion-and-a-half.”

If the company confirms the purchase, it will join other companies that have done the same in the past. The biggest examples are MicroStrategy, Square, Tesla, Mercado Livre, among others, which put Bitcoin in the value reserve, as protection against an eventual catastrophe in the global economy.

MicroStrategy founder Michael Saylor is one of the currency’s biggest supporters, even leading events to introduce the technology to other billionaires.