Basin Creek Solar Project funded for US$250 Million – for crypto 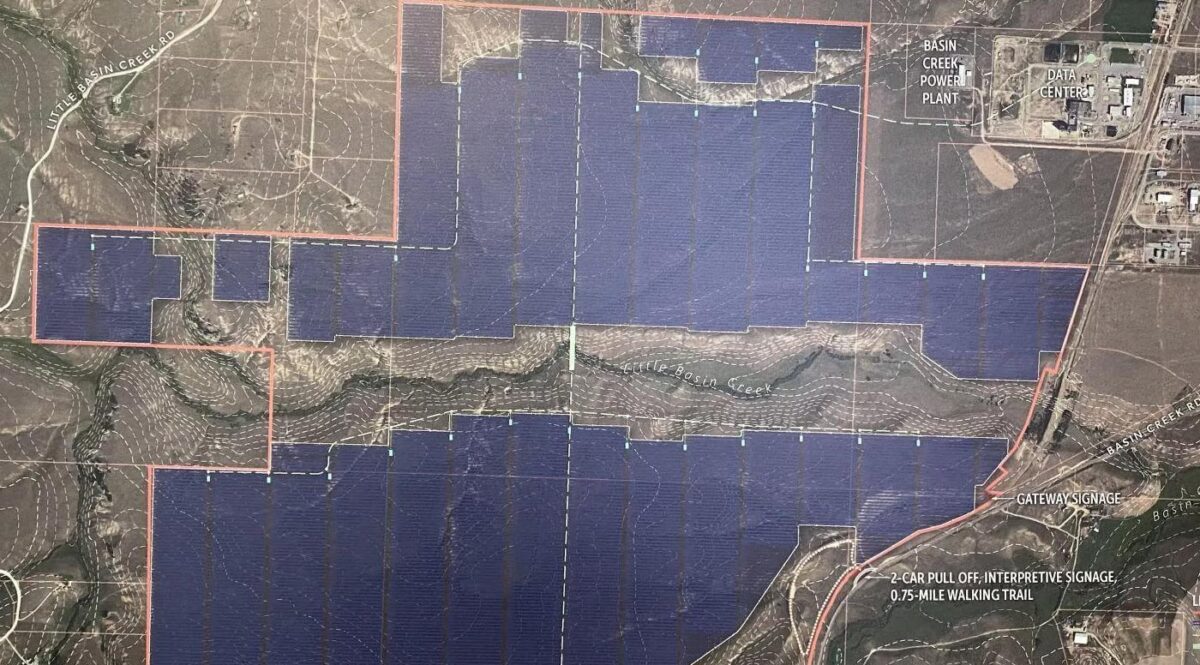 Basin Creek Solar Project, to be built with 700,000 solar panels (pictured) that can supply energy to 40,600 homes will be deployed in Butte, Montana (USA).

The project is from Madison River Equity, which is seeking a license to install the panels on an area of ​​a 1,600-acre solar array.

These Solar panels can produce almost 300 megawatts a year, 75 of which for Coin Miner LLC, a Bitcoin mining company, a division of Atlas Power owned by Rick Tabish’s FX Solutions which also owns Madison River Equity.

The rest, 225 megawatts, can go to other utility companies, including other industries in Montana.

If approved, this will be one of the largest solar parks in the United States, boosting green energy production across the country.

The funding is mainly aimed at Bitcoin mining, with eight new buildings containing a mining farm, as well as a programming academy on the premises.

200 jobs will be created during construction, including 10 permanent employees to maintain the solar panels, while the Atlas buildings will provide work for 90 people, including 60 union electricians.

The entire project, including construction and materials, costs US$800 million, with the solar project costing US$250 million.

At a time when China, which controls more than 60% of Bitcoin mining in the world, has banned mining activities in the country, the team says the proposed solar installation could house companies that want to migrate from the region.

This is one of the largest “green Bitcoin” mining operations in the United States and worldwide, with cryptocurrency mining starting to increase renewable energy production, two-thirds will be sold to the network, potentially replacing coal or other sources of dirty energy.

A spokesman for the project said the company is moving from Bitcoin mining, which uses high-powered ASIC machines, to GPU processors, to mine Ethereum.

By replacing their older machines with upgraded GPUs, they have substantially reduced the center’s energy rates to 25 megawatts.

The final objective of the project is to supply the mining facility completely with solar energy and to put the rest of the energy in the grid.

The developers said the solar farm will have the capacity to supply around 40,000 homes, which far exceeds the size of the city, which has about 15,000 homes, as mentioned in the local report.

City residents are concerned about the impact of the project. Most of the criticism revolves around the construction of renewable energy for new projects, while a large part of the existing crucial infrastructure is still waiting to deal with its carbon footprint.

While this type of initiative tends to be in line with the views of some (such as Elon Musk) in the crypto community, who are trying to move away from powered by fossil-fuels mining operations, it also presents some problems that may arise during the creation of a green energy project, especially a project created by a company focused on crypto.

At the moment, the fate of the Basin Creek Solar Project (and possibly the fate of Atlas Energy’s mining expansion) seems to be in the hands of the Butte-Silver Bow zoning board, which will meet on June 17th, 2021 to discuss whether to allow the solar array to be built on what is currently private land.