With the arrival of Taproot, will network fees go down in Bitcoin? 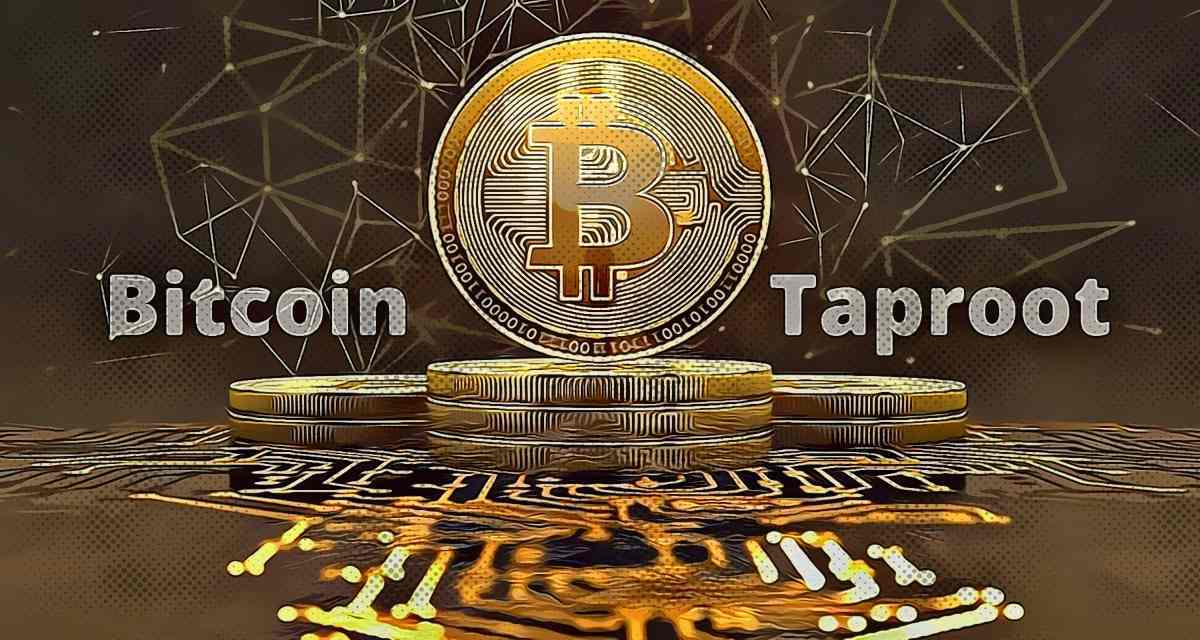 Taproot uses a new SegWit format identified as version 1 (v1). The size of the transactions depends on the amount of inputs and outputs. But with the arrival of Taproot, will network fees go down?

Taproot was successfully blocked and will be operational in mid-November, upon confirmation of block 709,632 on the Bitcoin network. The arrival of this improvement brings with it the use of a new address format, the SegWit v1, which could reduce the payment for network commission, but is this really the case?

The Bitcoin Optech portal, in its newsletter # 155 published on June 30, makes a brief analysis on the comparison between transactions with P2WPKH (SegWit v0) and P2TR transactions (Taproot / SegWit v1).

The premise for differentiating both types of transactions raises the following question: will Taproot transactions be cheaper than those using SegWit v0? To this end, the Optech team compares the transactions of a single signature, which register 2 inputs and 2 outputs. To do this, they used the portal’s own transaction size calculator.

How a 2-in and 2-out Bitcoin transaction is made up.

To better understand how this comparison table works, it is necessary to be clear about the transactions (TX) of 2 inputs and 2 outputs. Let’s take as an example that a user wants to send a TX of 1 BTC, in which he has the balance distributed in different addresses of his portfolio: 0.6 BTC in one and 0.6 in another. The total sum of the balances is 1.2 BTC.

Now, since the balance of your wallets is higher than the amount to be sent, there must be a refund or change of 0.2 BTC. However, due to the very nature of Bitcoin transactions, UTXOs must be spent in full, and the remainder must be refunded to an address in the wallet itself, generating a new UTXO.

Something to note is that the more entries or exits, the greater the weight of the transaction.

According to the Bitcoin Optech comparison chart, Taproot transactions would be slightly heavier than SegWit v0. It seems counterproductive, but the difference in weight is 208.5 bytes to 211.5 bytes, a difference of just over 1%.

However, within the newsletter, it is mentioned that, although Taproot transactions seem heavier, and therefore more expensive, “a closer look” reveals that there are more advantages to using P2TR or Taproot in single transactions. a signature, in which a single user signs the exit operation. In contrast, multi-signature transactions of 2 or more tend to be heavier.

One of the main advantages is that it will be cheaper. In P2TR (Taproot) addresses, transactions could cost up to 15% less due to a characteristic when choosing the addresses to spend. According to the previous example, in native SegWit addresses, the real size would reach 235.5 bytes, while in Taproot it would remain about 211.5.

READ more:  DeFi ETF by Goldman Sachs receives criticism being even considered "like a fraud"

It is also possible to predict a more accurate commission rate. With ECDSA signatures, used in legacy addresses and SegWit, the actual size of the transaction could not be known until subsequent transaction creation. With the new Schnorr firms, which will also be used by Taproot, the actual size is known in advance, allowing a better calculation of the commission to be paid.

In addition to this, according to the Bitcoin Optech portal, Taproot also features privacy improvements and saving hardware resources.

Taproot’s biggest role is to make transactions similar so they cannot be recognized by outsiders. Even the most complex smart contracts on the blockchain will look analogous to regular transactions. Taproot’s actual innovation is its flexibility for privacy-protecting cooperative spending:

Bitcoin users can combine their signatures into one key and use it as programmable funds without identifying their purpose, which improves both privacy and fungibility.

[…] a meeting with the media and before a question posed by CriptoNoticias, Wozniak defended bitcoin (BTC) above gold and the United States dollar. For the computer engineer, the most important […]