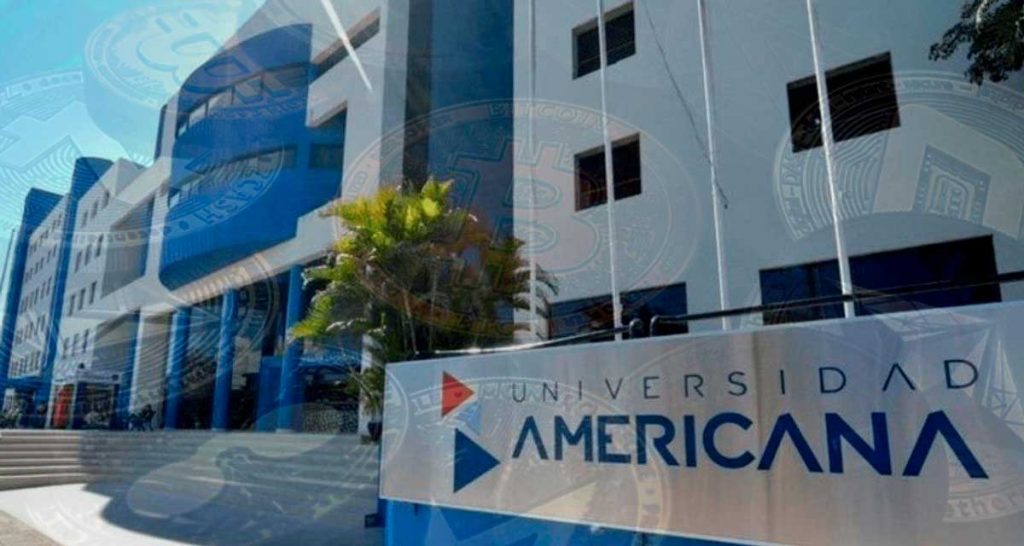 The American University of Paraguay has several locations throughout the country, such as in the capital Asuncion, Ciudad del Este and Encarnación.

The American University of Paraguay will start accepting payments in cryptocurrencies from August, students will be able to pay for courses and graduation with Bitcoin and Ethereum .

After El Salvador legalized Bitcoin as a legal tender, Paraguay has been very interested in cryptocurrencies – the adoption of digital assets as a means of payment in the country has grown by leaps and bounds.

Weeks ago, right after a post by Paraguayan deputy Carlitos Rejala showed interest in proposing some bills that benefit miners and users, one of the country’s largest entertainment companies announced the adoption of cryptocurrencies as a form of payment.

This Tuesday (22), the American University made a post on social networks announcing that it will accept cryptocurrencies, especially Bitcoin and Ethereum as a form of payment.

Payment with cryptocurrencies in the University

“From August 1st you will be able to pay with cryptocurrencies. We are taking an important step towards innovation.” – Said the message that accompanied the post.

The initiative was very well received by the public. For example, in the Instagram post, one user commented:

“Excellent initiative. Something they could add to consolidate the use of this currency is giving lectures about it. A lot of people are interested in how it works and how to use it.”

Several such messages were left in the comments.

Read More  Ethereum surpasses US$3,000 and its the biggest price hike since May

In an interview with Coindesk, the director of the University, Camilo Jiménez Agüero said that they will not convert their cryptocurrencies into fiat currency, but will be able to decide this soon after receiving the payments.

He also said that the university itself worked with a local cryptocurrency company to develop the project together with its own IT team, however the company name was not revealed.

Courses focused on blockchain and cryptocurrencies

The director also highlighted that the American University offers several courses focused on blockchain and cryptocurrencies.

The American University of Paraguay has several locations throughout the country, such as in the capital Asuncion (Asuncion), Ciudad del Este (Ciudad del Este) and Encarnación (Encarnación).

“The challenge is to expand the adoption of crypto and migrate to more efficient payment channels,” said Director Camilo Jiménez.

Paraguay could be the next country to adopt cryptocurrencies on a large scale, especially Bitcoin. The country has the largest hydroelectric plant in the world, Itaipu Binacional, which, with an abundance of cheap energy, has been an attraction for miners in recent years.

“This is Paraguay July we legislate! #Bitcoin,”

Carlitos Antonio Rejala Helman, a deputy of the Nation and member of Congress, wrote Thursday on Twitter.

“From the month of July all the stores of Paraguay Entertainment Group (Grupo Cinco) will accept Cryptocurrencies. One more step in the present with a view to the future,” he wrote in a separate tweet.

Paraguay’s move comes after El Salvador on June 9 has become the first country in the world to adopt Bitcoin as legal tender alongside the Central American nation’s official currency US dollar.